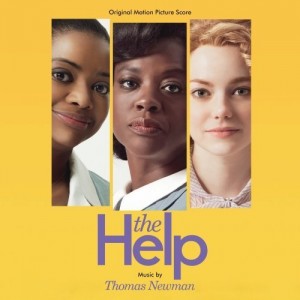 Perhaps no member of the Newman clan broke from the lush, namesake sound of Lionel and Alfred more than the latter’s son David- at least to begin with. Bringing his first interest of alt. rock to such joyously groovy late-80’s comedy scores of DESPERATELY SEEKING SUSAN, THE MAN WITH ONE RED SHOE and REAL GENIUS, Thomas Newman’s immediately impressed with its youthful hipness. But just as soon, Newman revealed his namesake’s mature, symphonic talents through LESS THAN ZERO, MEN DON’T LEAVE and DECEIVED. But rather than one style or the other, Thomas Newman’s scores have been distinguished through their frequent fusions of funk and old-school melody, a combo that would truly bring nuke-level impact on his career with 1991’s FRIED GREEN TOMATOES- a score that established Newman as the go-to composer of rural dramas. And though he’d hit nearly every genre in the years to come, it was this quirky, countrified feel of symphonically nostalgic Americana that kept pulling Newman back in with such scores as HOW TO MAKE AN AMERICAN QUILT, PHENONEMON, THE SHAWSHANK REDEMPTION, and THE HORSE WHISPERER.

But as opposed to just breaking out the dulcimer and guitar, then grabbing the musical equivalent of the rocking chair and easing back for a familiar homespun tune, Thomas Newman has been able to bring what’s made him musically unique along with what Hollywood expected him to deliver. There’s even less of that tell-tale signature to THE HELP, which makes this score even more of a pleasing surprise given its early 60’s setting of Jackson, Mississippi. It’s a southern-accented place sweltering with heat and hate to spare/ Yet this isn’t the kind of cross-aflame KKK drama of MISSISSIPPI BURNING, but rather a genteel brand of racism, as practiced by bee-hived, perfectly coiffed women against the noble, long-suffering black maids who comprise THE HELP. Snide words, nasty looks and economic blackballing that comprise their racist sting, with only a few of its victims ultimately summoning up the will to verbally fight back. Yet the battle for their dignity is powerfully waged in a tell-all tome, a silently fought struggle that keys Newman to go for a score that’s way more subtle than this kind of drama usually gets. And his approach is more than one way that THE HELP as a movie mostly defies the expected, especially in Newman’s surprisingly modern way of playing the Old South at its most appalling.

In fact, it’s surprising just how much THE HELP’s score has in common with Newman’s early groove roots with an experimental, yet completely accessible brand of percussion and ethereal atmospheres that drive the score. Though there’s beautiful, slow burn poignancy to spare for the strings and a haltingly played piano that are Tom Newman trademarks by now, his HELP isn’t about moping around and praying for deliverance, but about taking the slings and arrows of racism in stride- always moving with selfless determination to make things right. It’s a sense of vitality, and emotion that makes this anything but a “period” message movie score, even if that is what THE HELP is to its core. Though a louder music mix would have been nice, Newman doesn’t engage in soaring orchestral melody until the very end. Instead, his scoring is mostly full of the selfless love that these nannies gave to the white kids over care of their own- music that resonates with its innate gentleness.

Thomas Newman would be neglecting his duties if you didn’t get that dulcimer and guitar, which THE HELP delivers for as much as necessary. But more notable than these atmospheric touches are the sly comic bits that would be right at home in Newman’s deliciously twisted score for LEMONY SNICKET- eccentric percussion that accompanies the satisfaction of delivering a particularly foul pie to the Queen Bitch, as well as Jackson’s growing realization that they’re the unwanted stars of their worker ants’ book recollections. It’s these unexpectedly fun touches and Newman’s contemporary approach that makes THE HELP into more than a sum of its beautiful poignancy. But if there’s one emotion that Newman ends up imparting here, then it’s one of hope. With an innate, sense of melody and dramatic timing that each of his clan is seemingly born with, Thomas Newman provides a score with immense dramatic wallop- getting across its still-vital message with palm outstretched instead of fist upraised. And as THE HELP’s box office proves, moving subtlety is mightier than the sword, which doesn’t prevent Newman for delivering a deeply affecting emotional blow here for a fight for rights, and human dignity that’s far from won in Jackson, let alone the world. 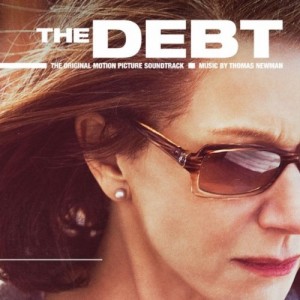 The global stage of espionage is one Thomas Newman works to far more visceral effect in the equally excellent score and film to THE DEBT. It’s an action genre I’d love to see him get more of a workout in, and hopefully more chases and guns will be awaiting Newman given this film’s deserved Number One performance at the box office. Once again, Newman uses his state of the rhythmic art to electrify a history lesson – if a far more violent one here that reaches into the present. It’s a DEBT that’s paid forward with hyper-exciting percussion and entrancing atmospheres, all coalescing about as if trying to make sense of a murky past. And that’s right in tune for a trio of Mossad agents whose virtuous story about capturing a Nazi war criminal gets shattered, shard by anguished shard.

While going with straight-on symphony or hard beats would be apt choices, it’s Newman’s power of not playing the obvious that makes THE DEBT into an unusually haunting spy score. While there’s more than a bit of gutsy orchestral pounding for gynecology-fu and Cold War chases, Newman mostly draws on the funk-rock grunge aesthetic of scores like THE SALTON SEA and JARHEAD, as well as the hauntingly surreal grooves he gave to his other standout soundtrack this year with THE ADJUSTMENT BUREAU.

Newman raises the emotional stakes as well the physical ones through the surreal, eerie virtues of THE DEBT, conveying the inner fear of do-gooders cast off in an alien, Berlin-walled land where the slightest mis-step means death, or worse. And as their virtue comes tumbling down, Newman’s score gets even more intriguingly bizarre, with the off-kilter nature of his percussion standing in for the kind of “ethnic” rhythms other composers might have gone for. Yet they pack enough cultural identity here to get across the heroes’ Israeli, and Jewish pride, their emotions further anchored by brooding string melodies that aren’t afraid to go for lush tragedy as well. As with Thomas Newman’s earliest work, you never know just where the hell this DEBT is going. But it’s a mesmerizing ride that you’ll want to take, as far afield from Jason Bourne-esque international intrigue as imaginable- and all the more gripping for suspensefully, and imaginatively telling us that the one sound everyone’s running from is guilt.