Through the pedal to the metal energy of his “Fast and the Furious” scores to the explosive ramp-ups of “The Expendables” and the stealth, death-inducing percussion of the concluding two “Final Destination” scores, there’s no mistaking the franchise-friendly sound of composer Brian Tyler. With a muscular, pop-rock friendly mix of orchestra and sampling, Tyler has long had the multiplex testosterone musical fuel in demand by Hollywood heavy hitters. However, when the lid is taken off the coffin that will unleash a new series of classic Universal horror monsters for a rebooted “Mummy,” the striking music that issues forth isn’t the kind of Tyler score we’ve come to know. It’s a new, classic beast entirely. 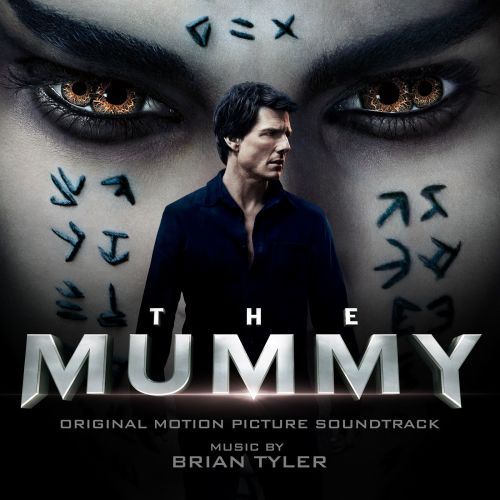 With his most impressive score yet, Tyler recalls the richly atmospheric, melody-driven horror of such classic composers as Franz Waxman, Hans J. Salter and Heinz Roemheld – all Eastern Europeans who heralded a dark, romantic sound that powered the likes of “The Bride of Frankenstein,” “The Wolfman” and “Dracula’s Daughter” (which isn’t to mention how Tyler also draws on the symphonic, sandstorm force that Jerry Goldsmith gave to the first “Mummy’s” vintage-set reboot).

Very old school, sinister girl power is what this lavish, modern-age take on the mummy movie legend is all about in the increasingly seductive form of Princess Ahmanet (Sofia Boutella), a far more sensuous mummy than the soul-eating eating “Bubba Ho-Tep” that Tyler scored from way back when. As Ahmanet seeks to unleash hell on earth through her fatal attraction to roguish adventurer Nick Morton (Tom Cruise), Tyler’s epic score goes for a sweeping sense of ancient fear quite unlike himself. A booming chorus, thrilling symphonic suspense, skittering evil and an enticing sense of Egyptian doom fill this “Mummy,” revealing a whole new composer whose princess seeks musically biblical payback.

Now on a new episode of “On the Score,” Brian Tyler is joined by “Mummy” filmmaker Alex Kurtzman as they talk about a long-lasting collaboration that’s evolved from “Eagle Eye” to “Hawaii Five-0” and “Now You See Me” to reach its biggest challenge yet for a genre directing debut that’s drawn vital powers of grandly melodic, evil excitement as both men seek to create a new, Dark Universe for Universe Pictures’ most prized and fearsome properties.