From the explosive rhythmic action of such franchise as “The Fast and the Furious” and “The Expendables” to the orchestral fury of gods and monsters in “Avengers: Age of Ultron” and “The Mummy,” composer Brian Tyler’s prolific Hollywood resume has no shortage of testosterone-fueled, music. But if he seems like a composer whose swing is in racing cars, letting bullets fly with rock and roll or bringing on the symphonic thunder, Tyler can just as powerfully conjure a feminine spirit on a fabulously wealthy Oriental dance floor. Where Tyler certainly explored that ethnicity in such scores as “War,” “Bangkok Dangerous” and “Tokyo Drift,” this time the tone is universally romantic as a beautiful American professor is swept up to Singapore by her humble, equally gorgeous beau – only to discover he’s beyond wealthy. As our heroine navigates an otherwise good guy’s snobbish relatives and conceited friends, Tyler unleashes gorgeous, lush romance that’s his most heartfelt and unexpected scoring yet. Just as impressive in his new film for director Jon M. Chu is taking the caper groove of their last pairing on “Now You See Me 2” into a wild variety of styles that cut a rug from swing to big band brass and whistling Latin rhumbas to create a soundtrack packed with sly comedy, swooning melody and jazz the world over. 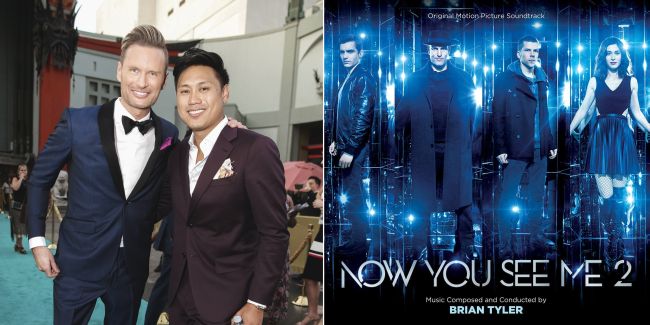 On far more musically masculine American terrain, if just as unexpected, is Tyler’s music for Paramount’s smash TV show “Yellowstone.” Here the lust for money and power demands a far more violent price as Tyler evokes the majestically tragic orchestral sound of a traditional western, then crosses it with a modern, lyrical sound to show how past feuds are angrily alive in the present – an opportunity to play straight-up, mournful family drama and the lush, lyrical vastness of a vanishing prairie in a landscape that shows just how many styles there are in the composer’s prolific repertoire.

Now on a new episode of “On the Score,” Brian Tyler talks about spanning the globe to capture the jazzily romantic and emotionally darker sides of wealth and power with his newly revealing scores for “Crazy Rich Asians” and “Yellowstone.”