Of all the 1980’s reboots that have become Hollywood’s new rage, perhaps none delivers the excitingly nostalgic or vibrantly fresh kick of “Cobra Kai.” Continuing the “Karate Kid” grudge match between Daniel LaRusso and Johnny Lawrence while adding a new generation of teen rivalry and romance to the mix, this film-to-net continuation of “The Karate Kid” saga from the retro brain trust of “Hot Tub Time Machine” became last year’s biggest viewing surprise by not sweeping the in-joke leg. Instead, the show was a grand ratings slam of heart, humor and action that paid ironically affectionate tribute to a beloved franchise while taking its spirit in a new direction. 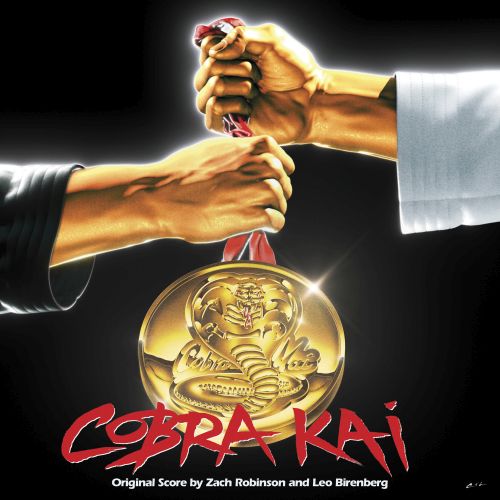 The same can be said of the musical styles applied to “Cobra Kai” by its twin dragons Leo Birenberg and Zach Robinson. Hailing from the dojo of composer Christophe Beck where they’d team on additional cues for such scores as “Ant-Man,” “Frozen” and “Hot Tub Time Machine 2,” the composers would forge their own separate destinies with “Son of Zorn,” “Adam Ruins Everything,” “Bad Exorcists” and “F*&% the Prom” while teaming on the series “Sing It!” Their strong background in symphonic action, teen spirit and rock grooves have now forged spirits like never before with “Cobra Kai.” Capturing the both the Oriental spirituality and can-do heroism of Bill Conti’s original scores and iconic themes, Birenberg and Robinson also hit the guitar groove anthems and power pop rhythms that made “The Karate Kid’s” album the definition of the 80’s movie tune energy. Balancing the instrumental tones between Miyagi-Do’s philosophies of self-defense with Cobra Kai’s strike-first fury, the duo’s impressive balance between fighting montage energy, orchestral power, contrasting guitar characters and ethnic meditation are far more than the one-note approach that could have been, reflecting a love for the “Karate Kid” and what it still represents to fans old and new. 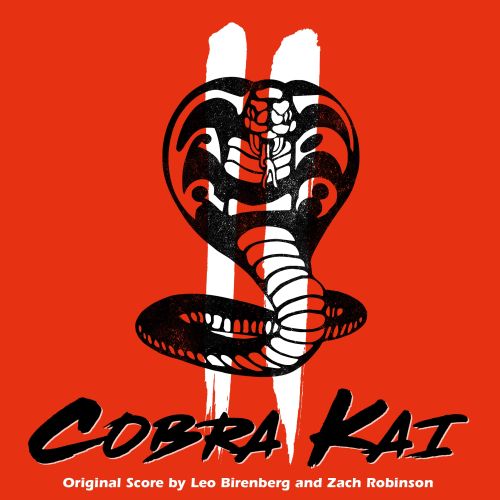 Now as “Cobra Kai” returns for a second kick-ass season on YouTube Premium, Birenberg and Robinson continue to open up their sound for the growing emotional dimensions of the LaRusso-Lawrence conflict, which grows to a boiling when the merciless Kai sensei Martine Kreese comes back to his stomping grounds. It’s a demonstration of bringing an iconic 80’s score-soundtrack approach into new Valley that shows Birenberg and Robinson as crane stance composers to beat in the 80’s homage competition – a Zen of musical homage and a rocking updated attitude that they now discuss on a new episode of On the Score.

Rock out in the Dojo of the Whiskey A Go-Go on Wednesday, June 12th as Zach and Leo perform “Cobra Kai” Live HERE 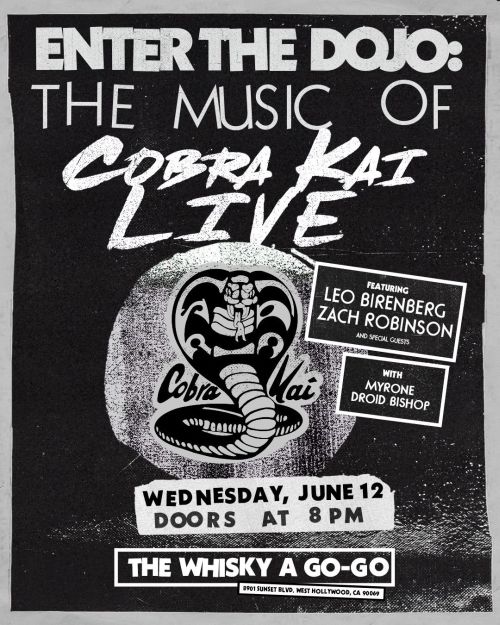