New Orleans-born Terence Blanchard was already an icon in the jazz world when he came into filmmaker Spike Lee’s musical orbit for 1991’s “Jungle Fever.” It would begin an acclaimed collaboration that chronicled numerous facets of his nation’s black experience while drawing upon its rhythmic musical tradition from Africa to America. Blanchard also showed his love for the rousingly thematic brass sound of Aaron Copland in the epic sweep of “Malcolm X,” then heard the drug-drenched urban experience of “Clockers” before draw on a 70’s groove with “BlacKkKlansman.” It was an Oscar-nominated score whose outraged orchestra vocally detested Trump’s very fine people while also digging a 70’s groove for an undercover cop who pulled the white sheet over the Klan.

Along the way, Blanchard’s other filmmaking collaborations heroically flew alongside The Tuskegee Airman with “Red Tails,” spun alongside the R & B changing playlist of “Cadillac Records” and let loose police gangstas in the LA riots of “Dark Blue.” But perhaps Blanchard’s most impressive partnership has been with Kasi Lemmons, the actress of “Candyman” and “Hard Target” turned filmmaker. Her emotional vision had Blanchard conjure the mystical women power of “Eve’s Bayou,” dig into the surreal mystery of “The Caveman’s Valentine” and speak the DJ truth for “Talk to Me.” But it’s likely that Blanchard and Lemmons’ most important partnership in an America regressing to a Civil War past will be with “Harriet.” It’s a powerful, old-school origin story for a real-life superhero, as the seemingly fragile slave Harriet Tubman escapes her masters, growing in confidence to return again and again to a Confederate-ruled land whose slave masters would like nothing better than to martyr the woman called Moses. 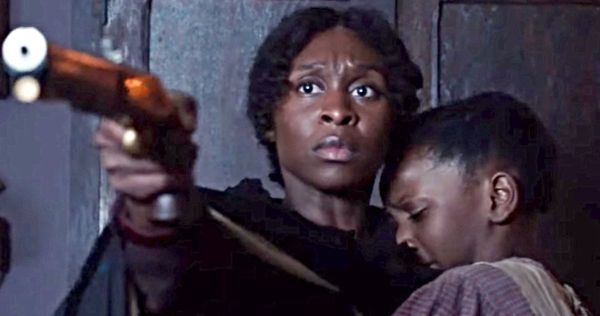 Given a heroine whose pursuers can’t believe is a woman, let alone some of her passengers on the Underground Railroad, Blanchard creates two themes. One sings with vulnerable winds and piano while the other possesses the kind of mighty brass that’s a signature for the composer. Bringing electronics into music that’s about tenderness, strength and deliverance for a woman who’s as much a Joan of Arc figure as the bible’s man of deliverance, Blanchard creates a vibrantly rousing score that proudly raises its fist in defiance. His “Harriet” soundtrack once again shows Blanchard’s talent for making an iconic black figure come musically alive like never before, a shackle-breaking passion that Terence Blanchard now talks about in a new episode of “On the Score.” 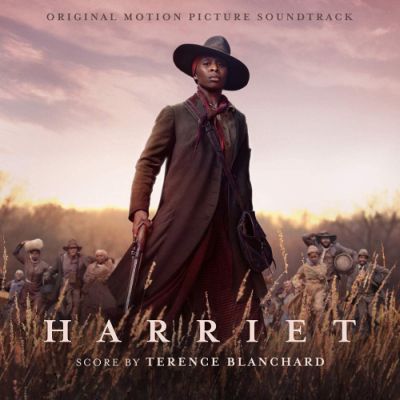