As a composer who at once embodies his legendary film music family’s melodically old school symphonic lineage with his generation’s risk-taking exploration of the Avant garde, Thomas Newman has never failed to make history come alive. From the rapturous orchestra of his Oscar-nominated “Little Women” to the tone poem mob saga of his similarly recognized “Road to Perdition” or the stylized Hollywood approach of “The Good German,” Newman’s hybrid approach through over a hundred stylistically diverse scores in a career spanning four decades has always offered listeners a transfixing journey into the past through new musical territory. 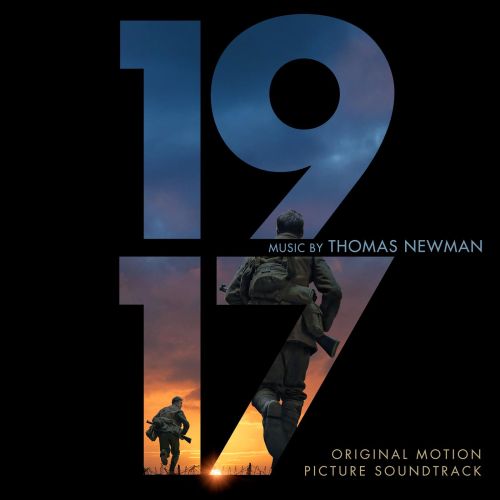 Yet the composer has never quite been offered an unblinking, seemingly unedited voyage into no man’s land like the World War I odyssey of “1917.” As directed by Sam Mendes, for whom Newman gave a supercharged reboot of 007’s musical license to kill in “Spectre” and the Oscar-nominated “Skyfall,” “1917” grabs viewers on a seemingly one-take trek alongside two young British soldiers. Their seemingly impossible mission is to make it across the battle-scarred charnel house of France to stop their comrades from a sneak attack lethally known to the Germans. As a composer given to ethereal instrumentation that can convey lyricism and horror, Newman conjures the insanity of war with one of his most intensely creative scores. Eerily poetic music pulled from the worst of humanity joins with rousing orchestral bravery, all as poignant inner monologues for the pain of loss steadily realize the melodic fortitude that will take them across hell on earth. Like Mendes’ astounding film, Newman’s score is thematically there every mud-soaked, death-fearing and humane step of the way to a rousing destination that at once pays tribute to the greatest generation while acknowledging tragedy beyond measure.

Now in a new episode of “On the Score,” Thomas Newman talks about the journey through a musical experience unlike any other that brings a war to end all wars to daringly creative, and dramatically impactful musical life.