In a scoring career that began with 1993’s alien-filled “Blue Flame,” Tyler Bates has explored myriad worlds of music, whether it be the beat jazz of “The Last Time I Committed Suicide” the sexually-driven groove of “Californication,” the cool killer percussion of “John Wick” or the terrifying knife-metal of Rob Zombie’s “Halloween” reboot. But given his muscularly powerful work, few genres that Tyler Bates has played have been as impressive as films that take their origins from graphic novels and comic books – the last stand of The Spartans in Zach Snyder’s “300” rising Bates to a new level of musical adventure with its brash combination of rock and ancient orchestral tradition. 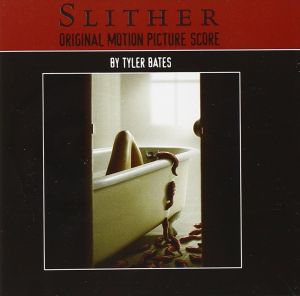 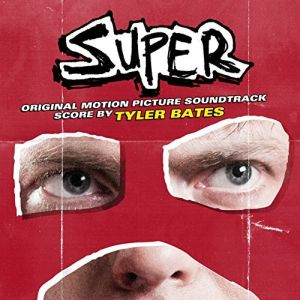 Often putting numerous stylistic approaches into the body of one score, Bates merged an elegiac symphony with bold anti-heroism and industrial kick-ass for Snyder’s epic take on the “Watchmen.” It was an unhinged approach that marked him as an ideal partner for the in-your-face attitude of filmmaker James Gunn. Their partnership has encompassed the deliberately gross-out approach to “Slither,” the God-like chorus that delivers a mission of violent justice to the unbalanced vigilante of “Super” and the satirically sanitized groove of the web series “PG Porn.” Yet though they share an indie spirit, “The Guardians of the Galaxy” truly rocketed Gunn and Bates into the stratosphere with their exciting treatment for the universe’s wisecracking saviors. But if this team-up of a tree, green Amazon warrior, a rabidly irate raccoon and cocksure human Starlord gave the finger to convention, leave it to Bates’ music to deceptively play their heroism for all it was worth. Delivering a theme as memorable as any superhero opus, Bates brought cosmic choruses, pulse-pounding excitement and best of all real humanity to these Guardians. 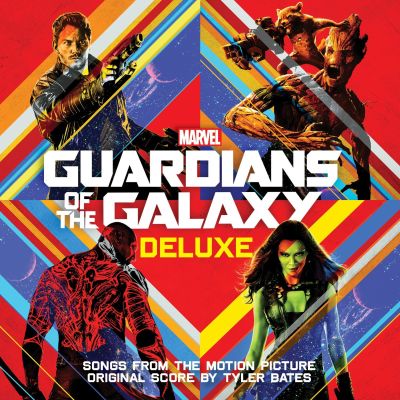 Now as Gunn flips open a second volume for “The Guardians of the Galaxy,” Bates returns to the hip fight with a score that’s as gigantic as Ego the Living Planet with it rousing orchestra, smashing percussion, a chorus as big as heaven itself and the sensual samples of sexy empathy. But perhaps most impressive is just how much heart and nobility that Bates’ supremely melodic score gives to these upstart space avengers this time out. It’s exciting musical camaraderie that ranks high amongst Marvel’s movie scores, a mix of adventure, humanity and humor that the composer discusses in a new edition of On the Score.

Meet Tyler Bates at Burbank’s Creature Features on Saturday, May 6th at 2PM as he talks about “Guardians V2” and signs V1 CD’s. Find out about the event, and how you can order your personalized soundtracks HERE 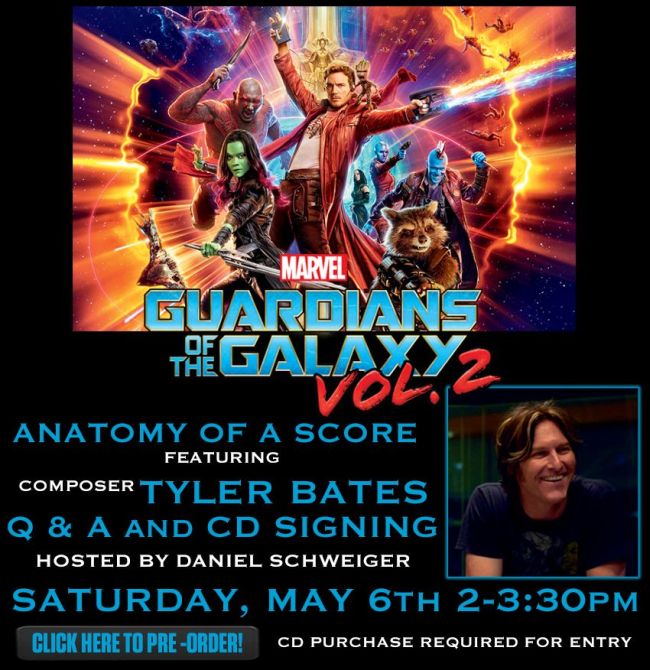