Audio: On the Score with Alan Menken

If any animated-centric studio could claim its soundtracks as eternal, then it would be Walt Disney Pictures, whose many fairy tale-based classics owed as much to their wondrous scores and songs as their animation. Yet for all of their memorable tune-filled pictures like “Snow White and the Seven Dwarves,” “Cinderella” and “The Jungle Book,” the studio’s animation department was nearly underwater in 1989. But then, two energetically melodic hands belonging to Alan Menken and Howard Ashman rescued an adrift studio with one of the most memorable endearing cartoons in memory with “The Little Mermaid.”

Versed in the off-Broadway man-eating plant hit “Little Shop of Horrors,” the duo pulled Disney into a whole new world of critical and financial success. Indeed, a generation of fans knows the Disney songbook by verse as created by Menken and Ashman, whose winning duet of lushly romantic, adventurous instrumentals and beyond-catchy tunes won repeated Oscars – a joyful spirit that Menken continued after Ashman’s after “Aladdin” with “Hercules,” “The Hunchback of Notre Dame,” “Pocahontas,” “Tangled” and “Enchanted,” further showing his own live action chops with “Noel,” “The Shaggy Dog” and the decidedly R-rated title toon of “Sausage Party.”

Yet the undeniable jewel in Menken and Ashman’s crown remains 1991’s “Beauty and the Beast.” Their charmingly revisionist take on the classic French fairy tale dared see Belle as the bookworm heroine, whose courage and romance never wilted in the face of a bellowing prince charming in the furry rough. Blessed with earworm songs and a gloriously romantic underscore, “Beauty” not only won Oscars for score and song (the second of the eight underscore awards that Menken would receive with Disney), but also became the first animated film in history to receive a Best Picture nomination.

The “Beast’s” popularity was enough to transform him into a long-running Broadway show (a Disney hat trick that the NYC-born Menken also saw with the Great White Way adaptation of “Sister Act” and “Newsies”). Now given the hit live action versions of “Cinderella” and “The Jungle Book,” it’s a given that “Beast” has morphed again into a flesh and blood film, albeit with a kitchen’s worth of CGI. But rather than rest on his original score’s laurels, Menken’s new “Beauty and the Beast” does it one better, adding lush, spellbinding attraction, emotional depth and rousing adventure into a familiar mix of instantly recognizable song riffs. It’s a lavish new affair between an unlikely couple that stands as a work both familiarly profound and energetically revitalized, continuing Menken’s classic collaboration with Ashman onto new, singular heights. 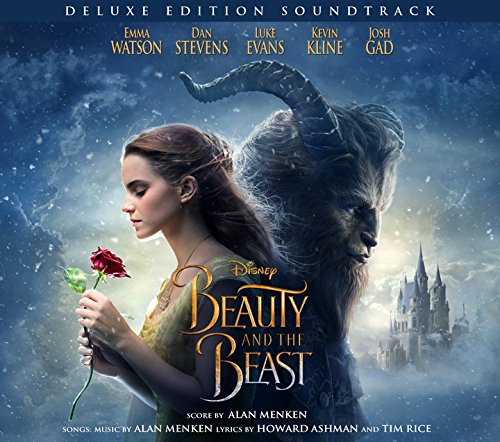 Now on a new episode of “On the Score,” Alan Menken talks about putting a new bloom on a tale as old as time, told for the first in live, musical action for Disney