Audio: On the Score with Composer Marco Beltrami and Director Wes Craven

Few filmmakers who specialized in the world of horror left such a profound impact on our nightmares as Wes Craven, whose recent, almost unthinkable passing has truly left a legion of fans in shock, reeling at the far greater cruelties that real life can harbor to its most gifted. But for all of the visceral terror that Craven unleashed, it’s with an almost giddy sense of happiness that so many recall the gestalt his movies provided, bestowing a sort of confidence in being able to take on the boogey men. Remembered for the true braininess that went into his films, and a kind demeanor on and off the set, Wes Craven not only constantly re-invented his career, but inspired the creepy best from his composers – among them the unforgiving electronic desert landscape of Don Peake’s “The Hills Have Eyes,” Charles Bernstein’s lullaby theme for the child-killing Freddy Krueger in “A Nightmare on Elm Street” and Brad Fiedel’s synth-voodoo spell for “The Serpent and the Rainbow” among them.

But if there’s one musical Craven collaboration that really changed the face of a new generation’s approach to horror scoring, then it would be his pairing with Marco Beltrami. A USC protégé of “The Omen’s” Oscar winning Jerry Goldsmith, the soft-spoken Beltrami’s no holds-barred approach to orchestral fear impressed both Craven and his frequent editing collaborator Patrick Lussier to hire the neophyte as the bold voice of “Scream.” Creating a deliberately over-the-top approach of bravura melody, ear-blasting dissonant modernism and even a cowboy melody, Beltrami was as equally as culpable as Ghost Face in setting a berserk tone where horror and humor were indivisible. It was an approach terrifically in line with Craven’s macabre spirit, setting a delightful, mean-spirited melodic tone not only across the “Scream” franchise, but also for their direct teaming on the snarky werewolf thriller “Cursed,” another stab at a dream killer with “My Soul To Take,” and the real-time, “real” life terrorist suspense of “Red Eye.” 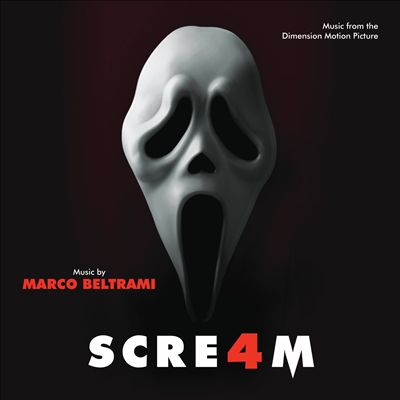 “Scream 4” would be the unintentional last time that Craven would work for Beltrami. It was a fun, meta-blow out in the series that still has yet to die (having found a new killing ground as an MTV series). Beltrami delivered the kind of raging, brassy, black-humored approach that fans had come to know and love about his singular musical voice for the “Scream” theatrical franchise. We were lucky enough to have Wes join him for the show to display the calming, smart influence that brought out Beltrami’s Id like few other directors. It’s in tribute to their partnership and his indelible influence of the composer that Craven gave life to that we now re-run this tribute episode of On the Score.