Audio: On the Score with composers Cliff Martinez and Jeff Russo

In the 1950’s, theater owners viewed television as a threat to the big screen, even if that dawning medium’s offer of free entertainment might not have equaled the big-screen’s sweep when it came to music, or adult themes. Now 60 years later, one doesn’t have to go to the theater to get the best in daring, mostly uncensored entertainment, even if there’s a charge for it on cable TV. As one excellent show after the other on that medium proliferates to challenge movies as your best entertainment, two especially acclaimed shows are venturing into their second seasons, again with some of the best stories and scores that the small screen has to offer.

One draws from the talent that changed the face of independent cinema, and puts its arty, experimental approach into a turn-of-the-century hospital teaming with bad medicine. The other imagines one of indie Hollywood’s great, grisly black comedies as a 1979-set prequel, creating a chain of criminally morbid disaster. Of course, don’t ya know, we’re talking about Cinemax’s “The Knick” and FX’s “Fargo,” two strongly stylized shows that owe a good bit of their ambience to the music of Cliff Martinez and Jeff Russo. Sure a druggy tone of electronic minimalism and surreal percussion for Manhattan’s most troubled house of healing might be as far away as one might get from the punchy, crime-noir orchestra and period funk of North Dakota mobsters. Yet both approaches are linked by their composer’s strong, hip voices. 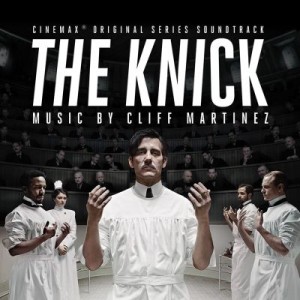 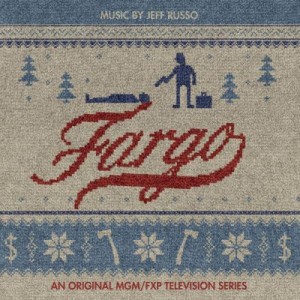 “The Knick’s” chief benefactor is Steven Soderbergh, whose daring approach has been complimented by the game-changing, alt. scoring of Martinez. He’s taken the most outré Soderbergh scoring for such soundtracks as “Sex, Lies and Videotape” and “Traffic” and placed his trippy grooves with anachronistic wander into the medical gore-filled misadventures of a drug-addicted doctor and a staff that’s full of malpractice – some of it well-intentioned. Russo, a longtime TV veteran of such shows as “CSI: Cyber” and “Power” received an Emmy nomination for his work on “Fargo,” running with the dark, rustic sound created by Carter Burwell for the Coen Brother’s film incarnation, then making it distinctly his own by opening up a rich orchestral sound that satirizes the arch characters and their bloody deeds as much as it haunts the snowy landscape with a sense of sinister, cosmic fate.

Now “The Knick” and “Fargo” strongly expand their sonic palettes this month (with the shows’ second seasons respectively debuting on October 16th on Cinemax and October 12th on FX). As the good-bad surgeon Thackery continues to fight his addiction, Martinez adds to his hallucinatory sound with ethereal, glass-like beauty and a beat that’s as out of early 1900’s place as it is intrinsically linked to it. As “Fargo” ventures to the Reagan era for its mix up of gangsters, hapless civilians, and smarter-then-they-look cops, Russo not only dives into disco funk, but also operatic irony and lethally uneasy rhythm, all with that Norwegian twang that fans of the series know and love.

Not only do “The Knick” and “Fargo” show off the cool, outer fringes of cable provocation, but they also represent the stylistic possibility afforded by a medium determined to show up the movies at their own game. Now, on a new edition of “On the Score,” Cliff Martinez and Jeff Russo talk about their dramatically different approaches to scoring two of pay TV’s best shows, both linked by their perceptive, musical journeys into the twisted characters of “The Knick” and “Fargo.”