Audio: On the Score with Fans of Film Music Four, Part One

First inspired by a gathering of soundtrack aficionados by Film Score Monthly’s Lukas Kendall, movie music superfan Peter Hackman created an event that would bring the composing stars of Hollywood’s past and present together to talk, and respond to queries about their careers and the state of the film music art. Called Fans of Film Music, Hackman’s event has grown in stature and size over the years, attracting nearly 30 top names like Brian Tyler, Christopher Young, Ken Thorne, John Debney, David Newman, Bruce Broughton and Richard Sherman, for whom fans converged to meet in Los Angeles from across the globe.

Centered on film concerts and social events, Fans of Film Music became a daylong event at The Beverly Garland in Studio City, complete with a dealer’s room and autograph sessions. It’s from this location that Hackman’s event successfully hosted its most ambitious gathering yet on Sunday, October 20th, as fourteen industry attendees and one hundred of their followers met to listen, talk, sign and bond over a shared love of the power of great scoring for a Varese Sarabande-themed edition that celebrating the pioneering soundtrack label’s 35th anniversary.

Now on the first of a two-part special edition of “On the Score,” film music journalist Daniel Schweiger returns to moderate a panel of film composers and their fans, as “Hemlock Grove’s” Nathan Bar, “House of Cards’” Jeff Beal, “One True Thing’s” Cliff Eidelman, “Land of the Dead’s” Reinhold Heil, “House’s” Harry Manfredini, “King of the Hill’s” Cliff Martinez and “The Ultimate Gift’s” Mark McKenzie discuss the art of movie music, and answer questions about the craft from many of its biggest admirers. 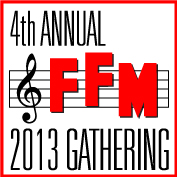