Audio: On the Score with Howard Shore

Over 150 years ago, Richard Wagner unleashed an operatic Ring Cycle forged from a symphonic and choral language of leitmotif – a theme-driven work that drew on ancient Germanic legends of dragons, barbarians, demi-gods and Valkyries. In the process, Wagner pioneered the motivic, and melodic sound of orchestral film scoring itself, as well as giving no small bit of inspiration to author J.R.R. Tolkien when he wrote his own fantasy quest over the course of four legendary books, its characters of small, beastly and valiant stature driven to acts of heroism and destructive greed due to a supernatural piece of jewelry.

It would take Peter Jackson six, similarly epic movies to adapt Tolkien’s work, their music forged in Oscar-winning gold by Howard Shore, who after 13 years is finally closing the book on his own Wagnerian saga with “The Hobbit: The Battle of the Five Armies.” Indeed, even a novel (written by Doug Adams) has been devoted to the massive accomplishment of Shore’s scores, where dozens of memorable themes, poetic songs in languages Elvish and Orc, and waves of magical strings and ominous brass have conjured a thunderously approximation of Middle Earth. Now, Shore’s finishes his trek back to the beginning with a new Jackson “Hobbit” trilogy, one given an eight year break between Frodo’s rescue from Mount Doom and the Bilbo Baggins’ quest to restore the honor of dwarf adventurers. They’ve traversed striking new musical realms with Shore, finally ending in a castle keep that pits dragon, demon, dwarf, elf and human into a massive fight of madness and redemption, their “Five Armies” standing as tall as ever in showing film music’s power to become the emotional embodiment of a fantastical time and place.

Yet as grand as Shore’s sound can be, the composer also reveals his intimate, poetic side inside of Iranian prison walls in “Rosewater.” In the impressive directorial debut of “The Daily Show’s” Jon Stewart, Shore captures the hopeful human spirit not only of a journalist, but of a country’s people striving for freedom, their always-crushed aspirations conveyed with delicate Middle Eastern rhythms and ethereal poetry. The mood is far eerier as Shore teams again with his longtime, disturbing filmmaking muse (and fellow Canadian) David Cronenberg as they chart their next disturbed look at the human condition, this time driving around movie-poisoned L.A. with a “Map to the Stars.” It’s a diverse, and busy season indeed for one of film scoring’s most intellectually striking composers, who now talks about traveling the roadmap of Middle Earth and our own psyches on this episode of “On the Score.” 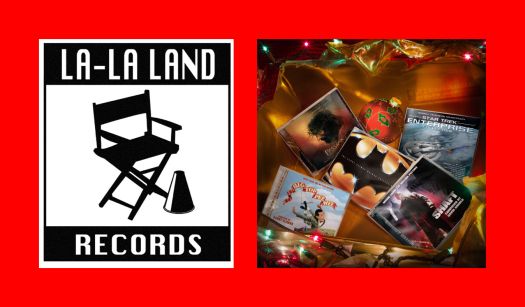