Audio: On the Score with Junkie XL

Film music has come a long way since such relatively sedate pop-rock artists as Simon and Garfunkel and Eric Clapton were recruited to bring a new, youthfully acceptable sound to film scoring. Now, it’s about the shock of the alternative new as cutting-edge artists like Trent Reznor, Atticus Ross and Daft Punk are sought by groundbreaking filmmakers to shake up soundtracks with electrified industrial percussion and techno rhythms, creating scores that can often border on audacious anarchy. But even their insanity can’t begin to compare to the latest work of Junkie XL (aka Tom Holkenborg), whose alternately barbaric and beautiful work signals the end of the musical world as we know in “Mad Max: Fury Road.” 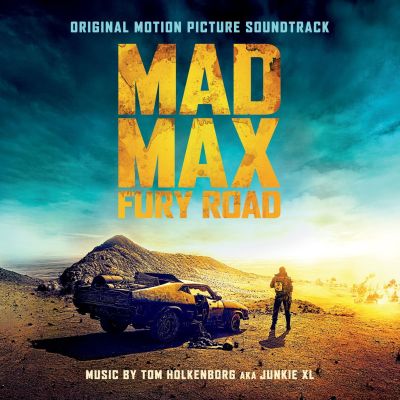 Holkenborg’s own path to Hollywood began amidst screaming metal, as the Holland-born musician went from producing the industrial bands Sepultura and Fear Factory to producing for such diverse artists as Chuck D., Coldplay and Britney Spears, developing an cool sense of rhythm that caught the ear of another rocker-turned-composer named Hans Zimmer. Collaborating on such scores as “Madagascar,” “Man of Steel” and “Inception,” Holkenborg’s own voice would emerge for the studios with the techno-suspense of “Paranoia.” But if spinning out internet-energized percussion might have been expected for a gifted gearhead, Holkenborg showed he had the stuff for a symphony hall as well with the epic, orchestral sound of “300: Rise of an Empire,” showing off a high-octane fuel of organically thematic writing and percussive electricity for “Divergent,” “Run All Night” and his forthcoming big ticket soundtracks to “Point Break” and “Superman Vs. Batman.”

Yet no musical hero is as mad as Max, a former cop thrown into a nightmare existence of white, violent noise, Holkenborg’s score matches his insanity as wild industrial rock lays down a highway to post-apocalyptic hell, fueled by unhinged tribal percussion, blasting brass, nerve-rending cellos and a furious wall of strings that take today’s propulsive brand of rock-pop action music into the future like no chase score before it. Yet in the midst of its berserk stylings, one can also hear that old school film music tradition hasn’t bit the desert dust, as haunting melody, neo-Wagnerian chorus and a symphonically mythic sense of Max as biblical deliverer rings just as thematically through “Fury Road” as any of it’s grinding metal violence – making for a “Road” paved with both insanity and humanity.

Now on a new episode of “On the Score,” Junkie XL talks about finding the musically savage and the heroically epic in the wastelands of “Mad Max: Fury Road.”