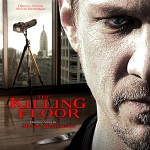 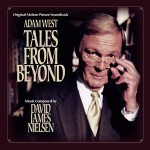 With so many composers vying for so few quality movies, it can be hard moving up the musical ladder — especially when said film barely gets a release. But leave it to Movie Score Media to hear the best scores that lie within Netflix oblivion, creating a label that basically sells itself on the guarantee of good, if not downright impressive music with each purchase. The Swede responsible for this cool boutique label is Mikael Carlsson, a film journalist with a natural ear for upcoming talent. And he’s given many deserving composers a real foot in the door with his slim, smartly packaged releases. For these are the kinds of scores that will hook any producer and director – let alone film music fan.

Though Carlsson has a number of notable electronic releases available via iTunes like The Roost, Evil and Headspace, it’s his preference for symphonic music which shines through on most of MSM’s “hard copy” releases, no more so than in The Royal Philharmonic Orchestra’s performance of The Rocket Post. As scored by Nigel Clarke and Michael Csanyi-Wills, Post’s strings, flutes and harps beautifully evoke the Scottish Isles; a lush, lilting sound that’s as romantic as the heather on the highlands. The psychological drama of Jeff Toyne’s Shadow In The Trees is a nuanced, and haunting score that makes effective use of voice, violin and piano; the perfect music to raise the rural ghosts of the past. Also rustically appealing is Guy Farley’s score to The Christmas Miracle Of Jonathan Toomey, a heartwarming holiday soundtrack that doesn’t slam the jingle bells in your face. Instead, Farley gets across the Xmas magic with soothing, understated melodies for the piano and strings and several country hoedowns – all of which beautifully evoke a young boy’s loss, and his new emotional bonding with the holiday spirit.

An understated, and mightily creepy composer on the rise is David James Nielsen, whose Haunting Villisca is a truly foreboding spook house score that gradually builds its fear with an impressive, melodic touch. And though having Batman’s Adam West in the place of Rod Serling for Tales From Beyond might make you think you’re getting a comedy score, Nielsen thankfully plays it creepy with a striking number of musical styles, ranging from lounge lizard jazz to skittering dissonance. Yet all remain tonally cohesive, making for an effective omnibus score. And while it’s only a bunch of film students running from a movie-crazed killer in Scott Glasgow’s score for Hack, the composer uses the opportunity to pay tribute to such current, malefic maestros as Marco Beltrami and Danny Elfman, all with the kind of shrieking chords and playfully dark orchestrations that have filled such horror flicks as Scream and Psycho. But Glasgow’s got the horror stones to pay tribute without doing a sound-alive, showing he’s got his own darkly thrilling voice that can evoke past chillers while remaining its sinister own. The Killing Floor is given a mean, propulsive edge by Michael Wandmacher. And after his similarly inventive thrill scores for Modern Vampires and Cry Wolf, Wandmacher’s use of samples and orchestra for The Killing Floor reaches a new adrenalin high, with a propulsive sound that reaches the cool factor of a Jason Bourne beat swinging a bloody symphonic axe.

Some of MSM’s most notable releases come from the label’s European home base, beginning with Dario Marianelli’s I Capture The Castle. As one of the scores that led to the composer’s current Oscar nomination for Atonement, Castle beautifully shows off Marianelli’s near-wondrous talent for melodic themes, especially in the “costume picture” context. Like his other Oscar-nominated score to Pride & Prejudice, Marianelli has a real way of capturing the lovesick feminine sensibility, a laced-up place of romantic yearning that he lets loose with gorgeously lush orchestrations. Far lighter in feel than Atonement, Castle ranges between playful accordion waltzes to flutes and strings, the kind of music that tells you things will end up just fine as the characters find transcendence from class-conscious rigidity. Marianelli travels to far darker territory in Beyond The Gates, another score to deal with the Rwandan massacre. Combining African songs with his own tragic music, Marianelli is careful to keep his musical outrage to a boil instead of a roar, a powerful way of capturing characters who can only do their small part in the face of atrocity. The far more genteel atmosphere of Vienna’s artistic “Secession” movement is strikingly captured by Jorge Arriagada’s score for Klimt. This wonderland of bold new poetry, painting and music is given a striking canvas, with music that recalls every style from Mahler’s revolutionary orchestrations to Strauss’ “Blue Danube” waltz. And when it comes to the artist himself, Arriagada plays Gustav Klimt with dream-like expressionism, perfectly capturing a painter who falls into the illusion of his erotic work – a tapestry of Cimbaloms, voice and strings that do the almost impossible task of sonically capturing art’s visual process.

Since he’s dealing with scores that usually lack for name and title recognition, Carlsson is smart enough to put out his physical releases as limited editions – with many at no more than 500 copies. This can lead to quick sell-outs, though you might have luck on eBay at finding Nicholas Dodd’s sold-out score to Treasured Island. As a long-time orchestrator for David Arnold on such films as Stargate and Casino Royale, it’s easy as to hear how his work is strikingly similar (and just as good) as Arnold’s – especially when Dodd’s given the chance to do his own score. And while his eerie sci-fi score for Renaissance landed him this Island, don’t expect any Caribbean-sounding scoundrels here – as Dodd’s impressive talent for lush, orchestral melodies give this score a sound that’s at once swashbuckling old-school and alt. modern with its techno-percussion. Here’s a truly refreshing take on the pirate score with no small amount of humor, action and pure composing panache. Dodd is one composing talent that deserves the kind of success he’s played a part in, and hopefully Treasured Island will alert the industry to it – the kind of thing that Carlsson’s label is doubtlessly doing for many composers.

It’s understandable how the bigger labels can’t put out, or even bother to hear, a fraction of the releases that MSM is responsible for. And God bless them for taking the risk, especially with such upcoming releases as Jeff Grace’s Trigger Man and the elegant “bad seed” score from Joshua by Philip Glass’ protégé Nico Mulhy. Then there’s The Legend Of Butch And Sundance, a television film that marked the last score from the late Basil Poledouris, the amazing composer who deserved better from Hollywood after the likes of Conan and Robocop. That Carlsson is giving this legend a proper soundtrack send-off speaks volumes for the evolving mission of Movie Score Media. And I hope it’s one that consumers will continue taking as they give new composing talent a chance, a gamble that will always roll quality here.

Listen to the rising talent at Movie Score Media HERE