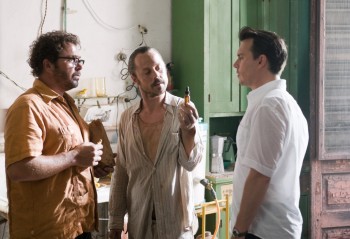 If Christopher Young isn’t going on an orchestrally raging bender in the pits of hell, then it’s hitting jazz dives with an equally hot ensemble. Over the decades, his brilliant sets have ranged from funk gnarliness for “Rounders”’s well-liquored card games, a sales convention-cum-Esquivel fiesta in “The Big Kahuna,” and the Mancini swing for the cult spy spoof “The Man Who Knew Too Little,” Young now gets to slam back some tunes with the notorious bar fiend Hunter S. Thompson, just the kind of guy the composer’s more outré licks were created for. But what makes these “Rum Diary” sets far more than the wacky jazz grunge stylings you’d expect is that Young’s dealing with a far more dapper literary outlaw, a budding word terrorist roaming about a Yankee-ruled Puerto Rico, circa 1962.

Still, it’s not if Thompson seems to give a damn what time period he’s in, even if the Kennedy-Nixon debates are blaring across the way. It’s a mindset that lets this “Diary” page through a cool variety of styles that span jazz in its golden contemporary years. Further helping Young’s tunes stay on the highly listenable wagon is that there’s not so much fear and loathing here as there is a sultry atmosphere of tropical sexiness, simmering outrage and slowly frying brain cells. 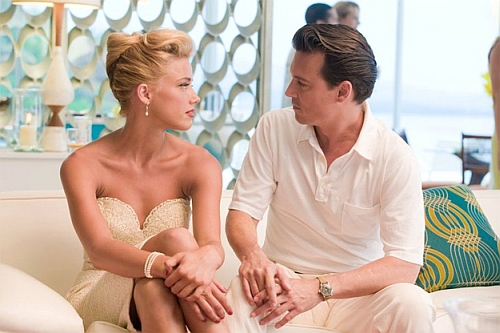 Though Dean Martin’s immortal “Volare” might seem to set cool kitsch tone, the seventeen Young sets that follow prove the real, swank deal. “Rum Diary” puts you in the cocktail mood with a Brubeck-Latin sway, while gnarly vocalese and Young’s favored Hammond organ make Esquival their bitch in “Suckfish and Snake.” “Chenault” gets the femme fatale grind of sax and piano, while “Pink Jelly Remains” breaks out a Cubano-style jam of brass and rhythm. Roosters slash with the happy harmonica of “Cock-of-The-Rock,” where “Black Notes Blues” and “Whacking a Salesman” jam with sweltering Delta harmonica and brass heat, all while “Desperate Drunks and Postcard Loo” crank with the rockabilly shakes. But If you’re seeking Latin relaxation, then “My Car the Cockroach” has an easygoing sway, with the brass getting bravura solos in ‘Hefti-Tefti”- a name that once again proves Young as the merry prankster of soundtrack cue titles.

Like the best movie jazz numbers, Young’s music has an improvisatory energy while somehow managing to stay in control. But there’s also great score-y stuff as well on display that lets Young break out the orchestral strings. “Flagged Me Smiling” has a come-hither noir rhythm, while “Sweat Bee” offers lush romance with an unexpectedly tender piano. Suspenseful vocalese and sax speed “Puerto Rican Piss-Off on its way, with only “The Biggest Crook in New Jersey” descending into outright Thompson-made madness for percussion and strangled guitar. 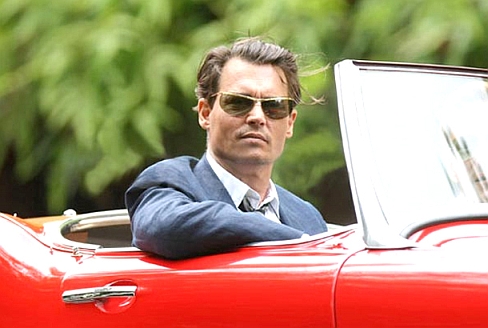 Johnny Depp also takes the stage with surprisingly elegant form for a piano solo of “The Mermaid Song” and the lilting Spanish guitar (along with J.J. Holiday) playing for “Kemp in the Village.” But Depp quickly gets down and dirty with “What About El Monstruo”s roadhouse shuffle, offering his own hard-ass rockabilly for “Roll Out the Roosters.” With all of the energy in the room, Patti Smith’s solo vocal for “The Mermaid Song” provides a weirdly poetic out, as if some folksinger accidentally stepped onto stage to do an Irish folk song before the bottles for her way.

A lot of Young’s score flits about this cool, acerbic film, one that somehow proves to be the most comprehensible Hunter S. Thompson picture yet made. But it’s hearing the complete numbers on this well-sequenced “Rum Diary” that transport the listener from the simple act of soundtrack listening to becoming the patron of a smoke-filled, time-warped hotel bar in paradise. Boozed up, but not too far gone to appreciate the house band as it nails the greatest hits of jazz’s golden years in a deliberately perverse way. You have the feeling that Thompson himself would’ve dug this stuff, which might be the highest compliment Christopher Young could get if he tried to find out by tossing Scotch and Quaaludes across a Ouija board between sets. 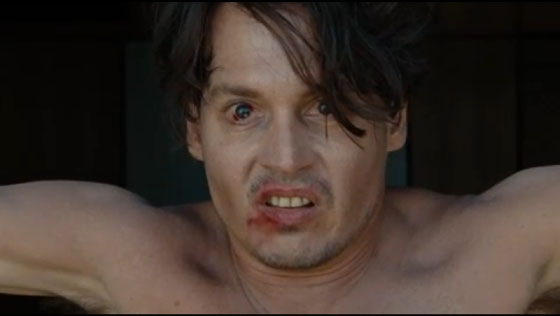 Take a swig with Young and Thompson HERE