CD Review: Variations On A Theme

Sure you can use just a bit of supernatural aid, or super-strength to get some payback. Yet for us mere justice-obsessed mortals, a good punch, or better yet bullets, will come in just as handily when it comes to doing some KICK ASS on society’s malefactors. Chances are the press, and the law might deem you a psychopath who’s worse than the hoods you take out. In this likely case, there’s nothing better at elevating your antihero morale then having some rocking music on your mix tape whilst wiping scum from the city streets. So whether or not your iPod’s attached to a home-made costume or civilian duds, here’s a play list of like-minded scores to provide you with a jam session of pure, good guy vengeance. 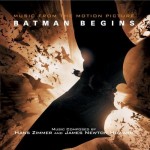 Pop culture’s most famous, and non super-powered superhero had been heard umpteen times, but never with the kind of stormy, psychological starkness that the impressive teaming of Hans Zimmer and James Newton Howard provided for Chris Nolan’s uber serious re-invention of the Bat-myth. Howard conjured the caped crusader’s more nobly melodic music, while Zimmer’s talent for percussion created masses of rousing, bat-flap notes – a sound that would become even more screechingly austere and tragic for the duo’s DARK KNIGHT. 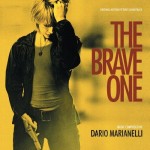 Murder isn’t a hindrance to getting vengeance, especially when Graeme Revel’s meld of supernatural atmospheres and driving world music is the key for super-powered payback from beyond the grave. Given the added emotional impact of star Brandon Lee’s death during filming, Revel’s religioso female voice and elegiac melodies truly lift THE CROW’s score to a devastatingly powerful place of death and transfiguration. 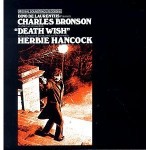 The most iconic vigilante film of all also stands as one of the early 70’s iconic crime-jazz soundtracks, courtesy of famed improvist (and all too infrequent film composer) Herbie Hancock. Revenge here takes on a hip, funky feel with wailing brass, guitars and sinister synth effects, a jam session for an urban jungle that’s bloodily set right by a never-groovier Charles Bronson. 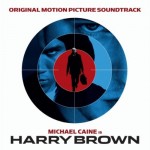 Michael Caine puts Charles Bronson to shame as a pensioner (an ex-Marine) out to clean up England’s projects in what could very well stand as the best vigilante ever made. The dark, gnarly techno-tone of HARRY’s score perfectly matches its mood of vile creepiness that our aged hero must destroy, with composers Ruth Barrett and Martin Phipps consistently taking the tonal revenge road less traveled with their deeply unsettling and impressive score, which also has some impressive string screams on top of its electronics. Download this at the Amazon U.K. site, and be sure to see HARRY when he blasts into American cinemas this summer. 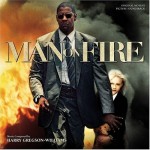 Though there’s something fun about a guy telling a goon he’s shoved dynamite up his ass, and not bluffing about said claim, composer Harry Gregson-Williams doesn’t take any overt pleasure in the dark, throbbing rhythms of Mexico City. A merc’s inner turmoil at going medieval is heard through lyrical Spanish guitars and harder Nine-Inch Nails stuff, creating a hypnotically dark, sample-driven approach that’s spawned a whole new nightmare rock sound for this millennia’s bad-asses. 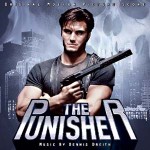 Everything surrounding Dolph Lundgren’s 1989 version of Marvel’s top crime killer blew away the woeful 2004 retake, no more so than the brooding, militaristic score by Dennis Dreith. Here charging brass, triumphant orchestral licks, and awesome 80’s-style synths take on Asian ninja instruments for a lethal culture clash. Dreith’s surprisingly thematic score also got a real bull’s-eye on Frank Castle’s sad humanity, making this PUNISHER score far more than about the joy of the kill. 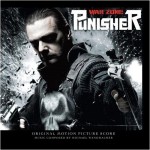 That being said, there’s nothing wrong with musical overkill, especially when it’s done with Michael Wandmacher’s hellblazing panache for this way better sequel to the 2004 PUNISHER. Wandmacher’s action music is as dense as the rivers of blood that flow here, unleashing every military-percussive effect in his musical arsenal to achieve a gonzo level of excitement as every explosive climax tops the next. Just try telling me that Frank Castle doesn’t really enjoy his job after listening to this. 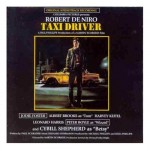 Military percussion also fills the head of loner ex-marine Travis Bickle in Bernard Herrmann’s final masterpiece. Though cymbal washes and ominous brass immediately tip us off to the psychosis in this antihero’s head, TAXI DRIVER also stands as one of the cinema’s most jazzily romantic scores, music that creates a love-hate relationship with New York City’s in a beautifully twisted voice recognizable to any Hitchcock fan. 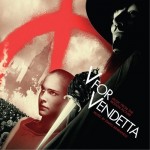 The natural military sound of cinematic avengers takes on its most ironic use of brass and percussion, as V’s vigilante is out to take down the government- or in this case the Fascist bastards who’ve taken over England. Dario Marianelli’s score is a mythic knockout, with stirring, ever-building themes that lead V’s plot to fruition. It’s music with a true sense of melodic importance, playing both agitprop resonance, as well as a dazzlingly operatic demonstration of bladework.

CLICK on the album covers to make your purchase, or find these soundtracks at these .com’s: Amazon, Buysoundtrax, Intrada, iTunes. Moviemusic, Screen Archives, Varese Sarabande or Ebay!