CITY OF GHOSTS (and resilient grit)

With Mr. Salinas and Greenberg’s consent, I offer to kickoff our visit with an immediate impression during the start of the film that distinguishes it’s score from Cartel Land’s…it deftly emerges with warm, melodic cello and higher-notes vibraphone progessions from a dreamlike silence, and only registers as a lilting, tender counterpoint to the viscerally intense imagery of ISIS-occupied contemporary Raqqa, Syria in the picture’s opening sequence well after we’re already emotionally all-in invested via what will certainly be a harrowing, yet inspiring cinematic experience. Mr. Heineman recalls, “Cartel Land was an amazing collaboration with Scott and Jackson, and they’re so talented. We all developed a sort of shorthand making Cartel Land and for me, this film was extremely stressful on a bunch of different levels, so I just wanted to keep that band together. I reached out to them about collaborating quite early in the process, which influences the edit, allows them to freshly color the emotions and feelings of the images based on what I was responding to, what felt right or didn’t right away. So, those first sessions were extremely important to developing the language of the film.”

After the aptly assembled opening sequence juxtaposes quick shots of human ingenuity with fierce ISIS challenges, the creative team offers rhythmic marimba and guitar during it’s aural foreshadowing of visceral collective human resilience by showing early-resistance Raqqa uprisings against the anaconda-like noose unleashed upon local residents as the IS fighters descend upon the region from the hallucination-like mirage of surrounding desert terrain.

Integral to this story’s resistance are local members of the resistance platform, Raqqa Being Slaughtered Silently, or RBSS. We first meet hope in the schoolteacher Mohamed and blogger/videographer Hamoud…then immediately witness IS leader Abu Bakr al-Baghdadi slowly ascend mosque pulpit stairs. Tension feels temporarily relieved, then abruptly withdrawn as pensive piano accompanies our introduction to the situation’s lethality…the group’s member Moutaz is assasinated, and the team flees Raqqa for sactuary in nearby Gazientap, Turkey to establish a RBSS headquarters and where we meet their partner, Ibrahim, as well as German safehouses where we meet liason, Mouza.

“Raqqa is a nightmare,” whispers Hamoud’s brother, Hassan, one of the “Raqqa 12” internal/external correspondents early in the film, and Mr. Heineman kindly brings us into their intuitively collaborative musical scoring process. “First, I sent them (composers Mr. Salinas and Greenberg) a few clips because we didn’t have a cut yet, and they delivered 10 – 12-minute ‘concentrates,’ that had a lot of different elements and we’d sit around and talk about what I was responding to.”

I ask about how scene cues felt unique in so far as they ascended from silence, almost imperceptibly. Mr. Greenberg responds with, “I think that’s a testament to the editing of the film. Every cue would start with a single instrument or sound. The opening sequence was so impactful (sic), with every intense moment followed by another even more intense moment, so we wanted to allow each of those to linger with the audience as long as possible while also moving them along in the story. The challenge was, let’s let people feel this but not have the music drag them out of the story, so our solution was to go with really simple opening to the cues, and then they often return to their simplest form at the end of the cue.”

Mr. Salinas expands, “There were a few cues that come in really strong too, so because mostly the cues were simple, so when the few cues that don’t behave that way come in, they feel way more impactful (sic), almost bigger than they actually are because we weren’t overusing that sort of strong. It’s sort of an instinctual tactic, that we can sort of really hit you hard when we need to. You’ll notice we do that with sound too, like when there’s an explosion or a phone suddenly dropping, it feels jarring. So, because before those moments, we’ve been in this interestingly delicate, smooth world, where I imagine your senses haven’t been overloaded yet, so we’re all sensitive to, when we go ‘to 11,’ how many times are you gonna do that and why.”

“When we were mixing with our amazing mixer, Tom Paul, who we worked with on Cartel Land, elaborates Mr. Heineman, “we said to him, ‘we want the film to have breaths but we don’t want them to feel like they’re breathing. So, in the sound mix, we did a lot of work with ‘reverb-ing’ sound in and out to help ease some of these transitions, make them seamless, make them seem like one long poem as opposed to a bunch of starts and stops.”

Case in point, about 3/4 into the picture, there’s a viscerally dynamic sequence elucidating the RBSS crew-in-exile as they emotionally transform from a sort of post traumatic stress detachment after settling into German safe houses, into a gradual fearless, actualized confrontation with German nationalists at an anti-refugee assembly. Tension builds as strings rise from a building bass and acoustic guitar trot that slowly gathers accelerating velocity into an alarming gallop. Mr. Heineman reflects on how he and the team approached music and sound challenges here with, “that scene was so chaotic and loud…there was a natural rhythm to the protests, and I feel that cue of Scott and Jackson’s is one of my favorite cues, so powerful. If you take away the ‘nat’ (natural) sounds, it’s pretty large and complicated but you just feel the emotion when you’re watching that scene. It’s really subtle in how it plays in the mix.”

Mr. Greenberg adds, “One of the things that happens in that cue is that at times, all the sounds get stripped away and we’re left only with music, and you can become aware that, ‘oh, wait a minute, the music was doing that the whole time,’ that creates a kind of whiplash impact.”

“It was similar to what we did sometimes in the Cartel Land mix, when we stripped away all nat sounds at the end of a cue and let the music bring it out,” Mr. Heineman recalls. “As a filmmaker, what I love is not going to a film with any preconceived notions or script in mind but letting it evolve naturally. If you’d talked to me a year ago when we started, would I ever think that we could include a scene of neo-Nazis marching through Berlin to somehow fit into this film. And while the film is sort of about this war of ideas, propaganda, information from these citizen journalists and ISIS’ slick propaganda, it’s also a story of immigrants, an exodus story, of Man’s understanding, coming to terms, and dealing with the cumulative effects of trauma…also, rising nationalism both in Germany and around the world. It’s about finding one’s own identity in a new place. So, what was beautiful about their music, is that nothing feels heavy-handed…it’s not like we get to Germany, Turkey, or Raqqa and suddenly the whole score changes. There’s a real sort of elegance to it, it’s so emotive but you’re not always aware of how the score is making that happen.”

Mr. Salinas chuckles at having utilized “that crazy precussion instrument – a ‘pocket piano’ I found at a luggage store in San Francisco” for that scene. It sort of sounds like an rhythmic organ but it’s made out of wood and makes really interesting sounds.”

Mr. Greenberg expands with, “It felt kind of like making an album where we felt free with Matt to experiment with shaping larger movements from those original stems. So, instead of aiming for a perfect cue, we did a subtractive rather than additive process, of a quickly freeing mashup approach. We also collaborated with a Syrian classically-trained musician, a well-known revolutionary songwriter who played over a dozen instruments…weird, distorted synths. We just did it and it worked very effectively because we all like similar source material and pushing the boundaries of what’s possible.”

Mr. Salinas adds, “I’d send in stuff, just as a jumping off point, and when it worked, it ended up in the movie.

In closing, I offer that the score maintains a organically-consistent vibe continuity flow throughout, to which Mr. Heineman generously lauds, “Yes, and I think that’s a huge testament to Scott and Jackson. One of the things I love about our collaboration is that we’re all sort of ego-less in the collaboration, there’s a trust that we’ve developed. For example, them delivering between 6 – 10 ‘stems’ for each cue, which allowed us the option to fine-tune everything. We played a ton with the stems.”

He kindly wraps to race after his next interview with, “I really appreciate your feedback on the film and our music process, it means a lot. Some people get the film and some don’t, and you get the intricacies of what we were trying to do.” 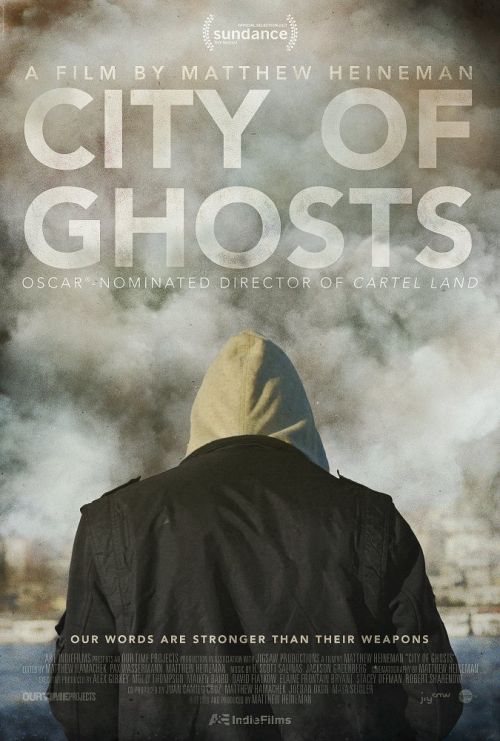