This week we profile veteran composer and keyboard player Peter Calandra and his latest project, “Rise”.

Commissioned by U.S. Figure Skating, the film “Rise” celebrates American figure skating while commemorating the 50th anniversary of the 1961 U.S. World Figure Skating Team that perished in a plane crash on its way to the World Championships in Prague. Produced and directed by 16-time Emmy Award winners Lookalike Productions, “Rise” documents the sport’s growth in popularity over the years and features various luminaries of American figure skating. Proceeds from “Rise” will be used to further the mission of U.S. Figure Skating’s Memorial Fund, which was established on Feb. 23, 1961, as a living legacy of those who lost their lives. The film will premiere February 17, 2011 to coincide with the 50th anniversary of the tragedy. 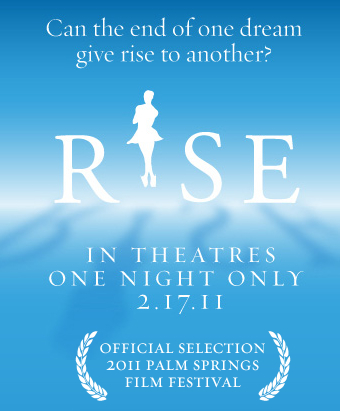 FMM: How much score was involved in this project?

PC: I wrote over 90 minutes of orchestral music for the film, of which about 65 minutes ended up being used as they edited some sections shorter, redid some sections that needed a different feel to the music and a few cues needed to be redone.

FMM: Was it primarily electronic or live?

PC: I scored it for my virtual orchestra with overdubbed live soloists, and handled the engineering and mixing as well.

FMM: Can you tell us about the story behind the song you wrote for the opening credits?

PC: They originally had a pop song that they were going to use for the opening credits sequence. At some point the artist’s management came back with a figure to license the song that was not within the budget for the film. I was then asked to find a song to use. At this point i assumed the role of Music Supervisor and researched and went thru 50-60 songs looking for something that would fit the film.

After doing this and coming up with 5 or 6 songs to submit to the filmmakers (Lisa Lax and Nancy Stern), they listened and then realized that the opening graphics had been timed to the structure of the original song they used and that due to the complexity of the graphics as well as time and budget constraints they needed a song that would fit into an already existing structure. At this point it was decided that I would write a song and see if it would work for them.

We went over the direction for the song and i was given notes as to what they were going for, emotionally and structurally. I spent a weekend and came up with an outline for a song and some lyric ideas and started recording it. We did a complete demo of the song in my studio and I sang the lyrics I had written on the track as a melody reference with the idea that the lyrics were placeholders that would be changed once we got approval for the song The directors liked it and we went forward over the next month improving and refining the song as I also was scoring the film.

Once we got to a comfortable place with the song we started looking for singers and I researched dozens of artists and came up with a handful of people. The directors liked one male and one female so we decided to get them to sing a recorded audition. I recorded them singing individually and made several mixes of the song with them as soloists and as a duet. It was eventually decided that we would get them as a duet and that the singers, Joy Askew and Frank Carillo would make a good combination of styles to sing the song. We set a recording date to do the final vocals, however right before the date it was decided that the direction of the song didn’t work for the graphics that we had gone too far in the ‘edgy’ direction.

So rather than scrap the song, I convinced the directors to let me take a couple of days to re arrange the song and see if any of them worked. I spent a day doing alternate mixes and then went off to play piano at “The Lion King” on Broadway and when I was there a new idea started forming in my head. After the show was over I came home and put on headphones and started improvising a piano part while listening to Joy’s vocal performance that I had recorded for the demo. After two or three takes I came up with something I thought worked well and was totally different in style and feel of the song.

I made a mix of the original acoustic guitars and new piano parts. The next morning I posted about 6 or 7 different versions of the song and the one they loved was the ‘unplugged version’ that I had improvised the night before.

Then at this point we had been using lyrics based on a poem written by one of the felled skaters that Maggie Monteith (writer of the film) had written for the song but it was decided that it would be good if one of the singers (who are also great songwriters ) would work on new lyrics to make the song more personal to them to sing on the vocal performance.

Joy Askew worked on some verses and a chorus, we then combined the two sets of lyrics to come up with the final version for the song. The original more ‘rock’ version is used on the end credits and a 4 minute version will be released as a single. The unplugged version is on the opening credit graphics. I performed all guitars and piano on the track and used the great Tom Barney on bass.

Eventually, Fantom Events decided that they wanted the “cache” of the original David Gray song for the February 17th live event, however, the Rise Song we wrote is being promoted as the theme song for the film and is still being used on the end credits. The new song will be used during the opening title sequence in every subsequent screening of the film. Skater Randy Gardner choreographed an 18 skater tribute to the victims of the crash, using the full length version of “Rise”, that was taped during the US Nationals two weeks ago and that performance will also be shown as part of the live event.

The song is available as a free download now here:
http://soundcloud.com/rise1961/rise-single-mix

At the live film premier in February 17, skater Evan Lysecek, a gold medalist at the Vancouver Olympics, will also be skating a routine live to a cue from the score.

FMM: Where can people learn more about the film “Rise”?

He has scored television projects for National Geographic, Sesame Workshop, ABC-Touchstone, NBC, FOX Sports, A&E, and the Discovery Networks. He has also written over 1700 compositions for television broadcast including 37 theme packages for shows on Fox Sports Net, ESPN, Bravo, Discovery, ABC, Comcast Sports Net, Madison Square Garden Network, SNY and The Big Ten Network. His music is heard multiple times hourly on both network and cable television all over the world.

Peter spent 10 years as the Keyboard 1 player for the Broadway production of Miss Saigon. He also toured the U.S.A playing Keyboard 1 with Les Miserables and performed in the Broadway Production of Phantom Of The Opera. He also served as Pianist/Conductor and Musical Director for the award winning original NYC production of Little Shop of Horrors and spent the summer of 1984 in the Radio City Music Hall Orchestra.

He has released 3 CD’s of his jazz piano music and has had the soundtracks to Unknown Soldier and Jellysmoke released on the Moviescore Media label. Peter has a Master’s Degree in Music Composition from Queens College, CUNY where he studied with Thea Musgrave, George Perle, Jimmy Heath and Sol Berkowitz.