Since his mad science scoring debut with the brain-drilling mathematician of 1998’s “Pi,” the former member of Pop Will Eat Itself has often gorged on excessive characters – from drug addicts destroying their bodies for the ultimate high (“Requiem for a Dream”) to an ultra competitive ballerina’s descent into madness (“Black Swan”) and a biblical prophet driven to the sacrifice his daughter to survive the ultimate flood (“Noah”). But of all of the movies where Clint Mansell has weaved mesmerizing, tone poems of electronics and orchestra to convey self destruction, perhaps no subject is better known for flaming out with such beauty as Vincent Van Gogh.

While the artist’s end is no more tragic than any other Mansell muse, the visual, and musical path to reach the final notes of a misunderstood life passionately lived has yielded an uncommonly gorgeous and haunting score with “Loving Vincent.” But then, it’s hard for any creator not to be sparked with this film’s achievement. As conceived by directors Dorota Kobiela and Hugh Welchman, “Loving Vincent” takes the “rotoscoping” technique of pre-filming animation as live action, and then turning the subjects to toons to a whole new dimension. Rendered as hundreds of original oil paintings that morph from one classic Gogh drawing and painting to the next, “Loving Vincent” traces the mysterious life and death of an painter way before his time, as told to an admirer from those who knew Van Gogh in the rustic village where he breathed his last. 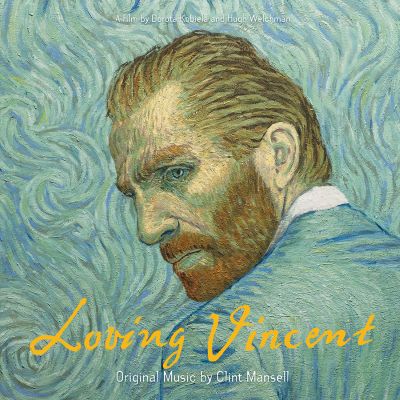 It’s a rich palette for Mansell to color from in his fusion of sound, its waves of melody building from strokes and circular motions to fashion a sympathetic portrait of the first modern artist. French inflections weave with escalating melody, spare piano and strings fathom a tortured soul through his own narration, and echoed percussion becomes the mental illness that finds expression in the harm that he brought to himself. It’s an uncommonly rich and sympathetic portrait that finds a sense of peace uncommon for Mansell’s often rhythmically visceral work, while being equally as hypnotic in hearing creativity at its most revolutionary – as heard from a composer with no small imprint of his own with giving scoring the shock of the new.

Before you started on this film, what did Vincent Van Gogh mean to you as a creative person?

Like most people, I knew of some of the paintings and of the ear incident, But for the making of this film, the directors gave me lots of books for research, especially this book called “Van Gogh: The Life,” which was really insightful because I knew absolutely nothing about his struggles and failed career attempts, his castigation from his family, who disowned him, the loneliness and his mental health which really worked against him. Van Gogh was a troubled individual, which gave me a very rich background to work with, musically speaking.

How did you get involved with “Loving Vincent?”

Dorota Kobiela started working on it back in 2008. She was originally was going to make a short film on Van Gogh. But when she met Hugh Welchman, he had told her that it should be a bigger project than just a short feature. So, she started writing it as a film script, and only listened to my music while doing so. When it came time to decide who should score the movie, she did not want anybody else doing it except for me. She and Hugh had been trying to get in touch with me for years. I was basically non-committal because it was not quite there yet. But then I finally got to meet Dorota, I read the script and was completely sold on it. I then asked whom they had in mind for scoring and Dorota said that it had to be me. So I guess I didn’t have a choice in it!

This is the first animated film you’ve scored. Given that most of this genre is aimed at kids, what was it like to score something as bold as “Loving Vincent?”

I must admit I didn’t think about that at first, at least not in the animation sense. Since I’d never done a movie like this before I had nothing to compare it with. When I first saw the film, I was watching the live action version as opposed to the animated film it ultimately became. So Initially I focused on the emotions that were required from the storytelling aspect. When the animation was more complete I got to see a better picture of what needed to be done. Animated movies themselves seem to be rooted in pastiche, which is something I avoided completely as to compliment the story we were trying to tell.

Did you feel like a painter while scoring the film?

Yes, to some degree—as all creative people start off with nothing and end up with something. Whatever medium you take, it doesn’t really matter, you know? There’s a process in finishing your work. A painter adds and adds and subtracts –very much what I do with music. Like the great Alan Moore said, “All artists are like magicians because they make something out of nothing.”

There’s a running theme in your work about obsessive characters that pursue their goal to the point of madness and self-destruction. How do you think that “Loving Vincent” fits into that?

I think he fits in well, actually. But where those films I’ve worked on before were works of fiction, this one is a work of reality.

The structure of “Loving Vincent” reminded me of “Citizen Kane”’s, where there’s a person trying to get the true story behind an icon’s death. Did the steady revelations about Van Gogh influence your approach?

Like I mentioned earlier, I didn’t really know much about Van Gogh, so I scored it as if it were in real time. It wasn’t like I went into the project fully armed. But once I spent time scoring it and had a chance to listen to what I did coming in, I was able to make the needed changes and grew closer to the project as I got closer to the truth of the film.

Of all of the classic works of Vincent that the film replicates, did you have a favorite?

There are about a hundred of his works represented in the film, which made it a particularly great thing to work on. I do have a favorite but it is not in the finished film. It’s a drawing of his called “Sorrow” I found it to be very profound.

Van Gogh put layer upon layer of color into his work so that they came across as three-dimensional. Did you view your own layering of your scores with orchestral and electronics in the same way?

Though I didn’t really approach scoring “Loving Vincent” in that way, I’ve got to say that it had that same quality. One of the things I looked at was where Vincent was at that time of the film’s setting. Yet I didn’t want to do a Gaelic-sounding score. It would seem very confusing to many watching the film. So when I was writing I was focusing on those instruments of the time, I also wanted to feel his speed where he would make pieces in such short amounts of time.

Your scores have always been hypnotic, very mesmerizing. We feel lost in them, the same way we would in becoming absorbed by Vincent’s work.

I want to be transported as viewer, and I try to do the same with my scores. I don’t know if that’s the right thing for films at times. But if I can get people lost in the movie with the music, then I feel that was what I wanted to achieve. So, there is a sort of hypnosis to my work.

You use female voices in an especially haunting way for “Loving Vincent.” Do you think they make the film tragic?

You get to feel that Vincent’ life was tragic, even though he has been immortalized. He’ll probably be around as long as we’re around. Even though he made magical work, he never got away from himself.

The film ends with Don McLean’s song, “Starry Starry Night,” which I never realized was about Van Gogh until I saw this film. Can you talk about Lianne La Havas’ version for “Loving Vincent?”

I knew it as a kid back then, but I never retained that information until later in my life. When the film came up I sort of remembered it, almost to the point where I almost joked about it, like “Oh, we’ll never do THAT.” But as time went on, it started to make sense, especially when I did a version with me on the acoustic guitar. It just sort of grew from there. Matt Dunkley and I worked out an orchestral arrangement that would have the flavor of the score, and everybody just loved it. We asked Don McClain for the rights to re-record it “Starr Starry Night,” and got a letter back saying that we’d need X-amount, which we couldn’t afford. So we sent Don a package with a clip of the film with the music. And when he saw that, he just loved it and said we could have the song. Then we needed someone who cold bring it to life, and Lianne La Havas was a friend of a friend.

You scored the most popular episode of “Black Mirror” this season with “San Junipero.” What was it like working on the Emmy-winning episode, especially as it centered around songs? 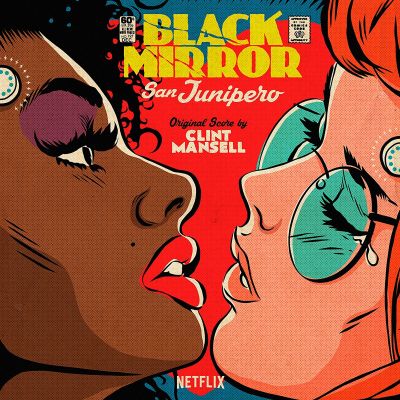 “Black Mirror” was really strange. I liked the episode I worked on. But I thought, “My God, this is so different from the other episodes. Is this going to tank?” I did the mixes, but never produced them in stereo, as I thought we’d never need them, especially as there wasn’t much time to score it So when the episode came out and people went crazy for it, I went back in the studio and did new mixes for the Lakeshore album. I wasn’t prepared for the reception “San Junipero” got. It’s quite amazing, and really wonderful. The songs weren’t a problem to be honest, in as much with working with them. They figured them all out from the get-go. It was sort of like finding the right tone, because the director Owen Harris wanted the score to feel like a John Hughes movie, which felt right to me. I did some stuff that he felt was too dark. So we did another take on it that lightened it a little bit. But then the show’s creator Charlie Booker thought my score had to be darker than that, so we found a middle ground between the two approaches. But finding the right tone is no different than any project really. It’s those nuances that make it work. The next time I do some live shows, I’ll be playing music from “San Junipero.” 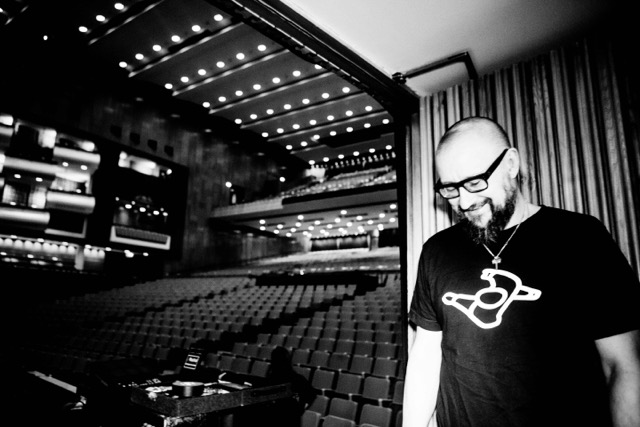 If you could score another animated film about an artist done in the same way as “Loving Vincent,” whom would it be about?

I’d love to do one about Jack Kirby and call it “Loving Kirby.” That would be great!

Special thanks to Alexander Portillo for his transcription of this interview