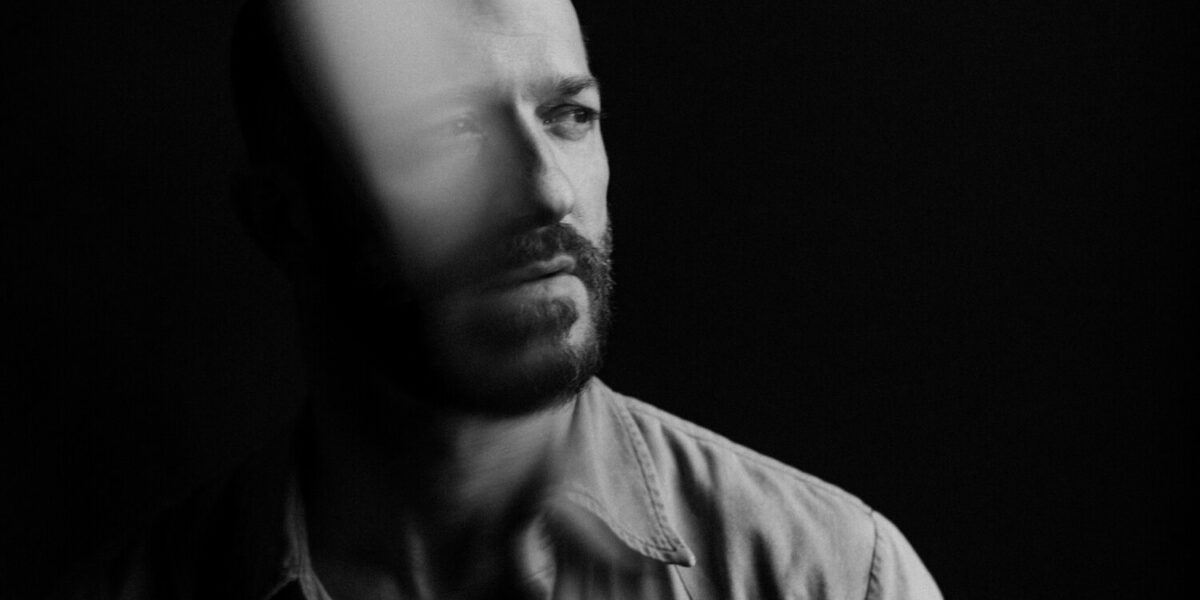 When it comes to cinematically eating the rich, or at least metaphorically delivering the hoi poloithe end course they oh-so elegantly deserve, there’s no music better served than a classical tone that sums up all of their tastelessly uncaring, lower class crushing refinement. On this note of darkly satirical taste, leave it to Colin Stetson, a master of such beyond bleakly humored films as “Hereditary,” “Color Out of Space” and “The Texas Chainsaw Massacre” to create an Amuse-bouche to Just Deserts course for “The Menu.”

Given all the ingredients for horror and humor for this twisted delight helmed by “Succession” and “Game of Thrones” director Mark Mylod,  Stetson accompanies this fusion cuisine of “The Most Dangerous Game” meeting “La Grande Bouffe” by way of “Chef’s Table” as a group of gourmands (with Margot (Anna-Taylor Joy) along for the ride with the fawning food groupie Tyler (Nicholas Hoult)) are taken to the desert culinary island domain of Master Chew Slowik (Ralph Fiennes), whose eye-popping, mouth-watering servings develop into a whole other dimension as a progression of payback is obediently delivered by his sous chef cult acolytes.

With the Amuse-bouche announced with the transfixing, cutting edge Baroque stylism, Stetson’s hypnotic work becomes as unhinged as its courses, music that conveys the magic of these absurdist taste treats with plucky rhythm, choral washes and poetic lyricism. Yet all the while Stetson lets you hear that something is very unhinged with the musical beauty, until all refined, gorgeously-plated hell breaks loose. But even as force-fed panic rises, the transfixing beauty of Stetson’s score cannily never lets up. By the time its final course is served, Stetson’s “Menu” proves itself as next-level scoring satire, retaining the oh-so good taste of ruthlessly delivered elegance while crafting musical horror as the ultimate consummation of consumption.

Do you think a classical approach automatically comes to mind with a film taking place in an unaffordable temple of high dining?

The skeleton of the score has more to do with a modern foundation than what I’d call “classical music.” The score’s DNA is in this polymetric, drivingly percussive aspect of the pizzicato strings. Yet there’s no doubt that the default aesthetic of fine dining and food culture in general has been crafted by shows like “Chef’s Table.” So there’s a bit of a foot in the door there in using some of those idioms, which would be fun and appropriate to use. It’s a way of giving the audience a false sense of security and levity through the beginning, so when the “incitement” moment happens I get to use a completely different sonic aspect for the score that will come as a complete and abrupt surprise. Then in act two that approach gets enhanced by the inclusion of aggressive, pizzicato piano strings and then a lot of other sound sources that weren’t there before.

In a way, the film reminded me a lot of the twisted class struggle satire of Peter Greenaway’s “The Cook, The Thief, His Wife and Her Lover” and Mychael Nyman’s Baroque score for it. Did that movie and music influence you here?

Not specifically. I tend to start writing a score in my head when I’m reading a script that I really like. “The Menu’s” is beautifully written, quite lean and efficient and funny, yet still horrific. It was something I’d never read before. The whole grand scheme comes from the chef, and there’s an enormous amount of reverence there. So I approached all of his scenes as being very emotionally sincere. There’s a distinct “churchiness” and a kind of sanctity to that, so I took a Baroque approach to the theme of his plot coming to fruition. I mixed that with some of my signature, arpeggiatic, dreamy sax layerings which invites the listener to his inner world. While I wasn’t referencing “The Cook,” a deep dive analysis into my score for “The Menu” would come up with music more along the lines of Arangelo Corelli.

It’s one thing to play straight-up comedy, but it’s another to play irony that isn’t “funny” as such. How difficult was that to accomplish on “The Menu?”

The meat of this score is about being bubbly, fun, driving percussiveness that lends itself to all of these other moods and inclinations. At the beginning this bubbliness can be all delight and anticipation for this lavish extravaganza that’s going to happen. But then it gets to be very agitated. And once that incitement happens, the overall character of the score changes. But you can still bring the sound of the first act back in a different context. That juxtaposition is the inherently “funny” comedy of it, how that music gets to function in that new context. The Polyrhythms and the things I’m doing here can operate as train tracks, in the sense that you switch the tracks, and what’s going straight goes hard to the left. And these driving rhythms can swing hard with that. So it’s an inner functionality of how we respond to rhythm. It redirects both the horror and the comedy.

I imagine you’ve been to your share of fine dining. Have you ever been to an outrageously pretentious experience that still left you hungry and running out to get a hamburger? And if so, did you remember that experience for this score?

I have never been to something that is as performative as this film. But I’ve been to my share of posh places and some that I would rate in the pretentious category. That being said, I tried to approach this score from both sides and let all things be true, in that, yes, there is the fact of the pretentious to the artifice of it all. Yet there is a fact of the profundity of the art of the food that’s being presented, and that it’s being felt so deeply, sincerely and to communicative effect through the film, especially through the character of Tyler. So I didn’t want the character of the score to take the piss out of itself for the whole time. It had to do that, but also to be sincere about it as well.

Ralph Fiennes does a sharply reverberating hand clap to signal the different courses. How did that ringing reverberation influence the score?

That was a nice repeating motif to get to work off of. One approach could have been that it always functions in the same way, but I scrapped that immediately so I could come out of it in a number of different directions. The clap allows itself to cut off something that is happening. It can start up and stop momentum. It can be a suspending agent as well. I enjoyed the plurality of it, to look at what had come before each clap, and what was coming later. You don’t get a repeating motif that wraps up the momentum of the film in such a tidy way like that, which was a lot of fun.

How difficult is it for music to convey the sensation of food and flavor?

The reason that we’re attracted to these “experiences” is because they force us into the present moment by the sheer exhilaration of the sensation of it. We cease to be the experiencer and become the experience. That’s because our general experience as humans is that we’re constantly caught in this contemplation of past and future events and not engaging consciously with the present. So food, sex, extreme sports and activities that conjure fear are things that we seek out in our lives because they bring us into the experience. We’re talking about beauty, this profundity, a depth of feeling and connection. Not that I would approach food in the same way as I would a love scene, but there is a through line, a shared DNA to what’s at the root of those moments in our lives and experiences. I love these events in movies, because my music can go all in on the melodramatic and overly sincere.

Even when you look at some of your bleakest genre work like “Hereditary” and “The Texas Chainsaw Massacre,” there’s still a bleak sense of humor to them. Are you drawn to “horror” pictures with that kind of tone?

I read a lot scripts, and a lot of them I’ve seen before. I’m attracted to movies like “Hereditary,” “The Color Out of Space,” “Mayday” and “The Menu” because I’ve never seen them before. That’s why I don’t think I’ve done a lot of “straight” horror films, if any at all. I like the puzzle of constructing something novel that will affect audiences in a particular way. What I gravitate to most naturally, and maybe excessively, is the discomfort / fear zone. I’ll utilize something that’s in a “horror” scene the same way that I would in an emotional scene, but in a different context, where the music’s creating a vulnerability that you can push and pull the audience into a sincere space of feeling. Doing these kinds of horror “comedies” hasn’t been something conscious, but I do know that for years I’ve been telling my agents, “If anyone wants me to do an actual comedy then I’m right here!”

You’ll be scoring the anime “Uzumaki” for Toonami, which is a horror series based around repeating patterns. How do you capture that geometry of fear?

“Uzumaki” was the first thing that I did when the pandemic hit, and it’s been some time since I worked on it because the animation has been delayed. The spiral nature of that was fun to approach in a lot of different ways. Most of my solo instrumental music that I’ve done, particularly with the saxophone, has been cyclically repetitive, minimalist and arpeggiatic. So one approach on “Uzumaki” was to carry on with what I’d already been doing, which was geometric and mathematic – here playing off of the shapes from Junji Ito’s Manga. Most of the strings in the score are written for my voice, so they’re all very serpentine, fluid and not very intervallic in these broad, unctuous sweeps. I also did things with captures the spiral shapes coming back in on their orbits. I also spoke to the creators early on that the course of the music through the four episodes would be pitched as if we’re nearing the center of that spiral. So the whole thing starts out slowly and methodically, then gets increasingly rapid to the end.

Given your past genre work that I wouldn’t want to play in the middle of the night, “The Menu” is an unexpectedly very melodic and hugely enjoyable score that bears repeated listening. In that respect, what would you think if this score ended up as background music at an actual fine dining “experience?”

Oh sure! That would be super fun! I think it would be strange to hear a cue like “The Mess” if I was out eating. But if I was doing my job right, there’s a delight and sincere desire in the music. Yet at the same time there’s a self-awareness to the pomp and arrogance of it. It’s the things we feel every time we in a space like this film’s restaurant. It’s wonderful and sensual and can be quite profound. But at the same time it’s like we’re all medieval dukes and has a gluttony and extravagance that is unique. It’s audacious, and so hopefully my “Menu” music is able to convey that element. So if someone wants to play it a dinner, then I support that. I’m intrigued when I hear people say, “I took that and I listened to it here and it made me feel this.” I love new iterations of that equation that I didn’t foresee. That’s always exciting to me.

Special thanks to Kyrie Hood