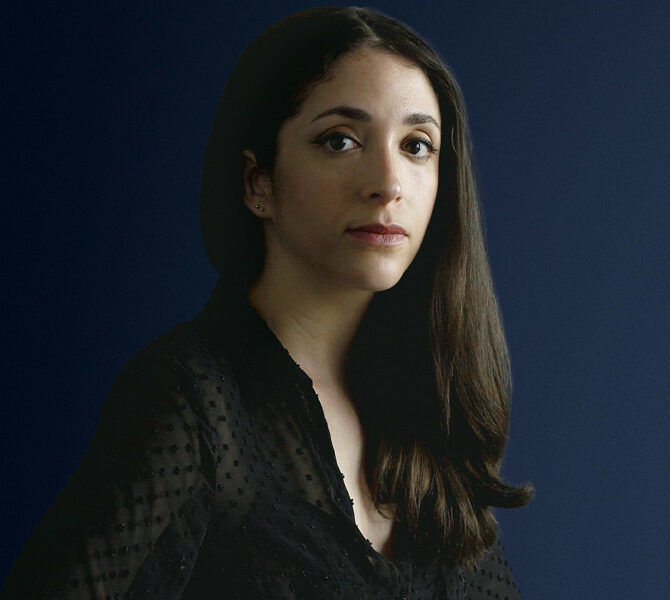 There are few actors as charismatically gaunt as Bill Nighy, an ancient-looking figure even in his cinematic salad years. Leave it to the scores accompanying his characters to reveal the thoughts that lie in so many brilliant performances of utter dryness. Now Nighy is gifted with one of those great, career-summing, near-certain Oscar nominated portrayals for “Living,” and he couldn’t be in more perceptive musical company than Emilie Levienaise-Farrouch. Approaching her rail-thin, black bowler-hatted bureaucratic subject with a delicate, piano-topped score, Farrouch brings a whole other shade of emotion to the fore of a stiff upper-lip faced with the ultimate reason to break down yet finding the determination to play it forward.

Director Oliver Hermanus’ period reboot takes the 1952 civil servant setting of Akira Kurosawa’s “Ikuru” to the same time period of an equally stringent London society, given the melodic soulmate of a female French expatriate who last dove into the tonal madness of a lady British “Censor” warped by the ghastliness she cuts. Taking just about a hundred-degree tonal turn into more aesthetically normal scoring for a seemingly foreboding gentleman who gradually undoes his straight jacket, Farrouch virtuoso piano writing also draws on vocals and repeated, ironic rhythm that brings to mind such American modern classical masters as John Addams. It’s a beautiful score very much in elegant, tasteful synch with Nighy’s Mr. Williams, yet carrying a subtle eccentricity that speaks for a examining his self-made chains to deal with his ultimate summation, and continuation. For a movie that’s about life lessons, Farrouch’s poetic, thematically haunting score for “Living” is one to be remembered in announcing the future of a distinctive musical voice, particularly when opening up the ghosts of the playground past.

Tell me about your own beginning as a musician, and what led you to composing in London?

I studied the piano and music theory as a child, but the turning point was when I developed an interest in recording and music production as a teenager. Although I loved classical and acoustic music, I was fascinated by how computers and software would allow me to shape the sounds in minute details, and how I could have a very DIY, self-sufficient approach to creating music. I moved to London as it offered a great option to study music in a way that felt more fluid, mixing studio time and more traditional pathways. London has a very vibrant music industry and art life, which I was really drawn to as a young adult from Bordeaux.

What was it like scoring a war film for one of your first major assignments with The Forgotten Battle?”

It was unusual as it took place during the 2020 Covid lockdowns and was my first project that was mostly done using zoom rather than in person spotting/work sessions. When I went into Air Studios to record the LCO ensemble, it was the first live music I had heard in months, a very emotional moment. The score felt very natural to write, even the battle scenes, because the director (Matthijs van Heijningen Jr.) and screenwriter (Paula van der Oest) had such an emphasis on the humanity of the story. I felt very engaged with everything the characters were going through. It was brilliant to be able to mix synthesizers, classical instruments and electronic manipulation, and to have a score that mixed moments of tension with more thematic writing, a luxury to have such a scope for what was my biggest film to date.

I was particularly impressed with “Censor,” a literally insane film and soundtrack about a woman driven out of her mind by the mystery of her sister’s murder, as reflected in a horror film. How did you want to capture her mental disintegration in such a uniquely disturbing way?

Another one that was written during 2020, which might have helped capturing mental disintegration. I tend to imagine what music I would write if I was in the head of the characters. With Enid, one of the starting points was the idea of her singing herself to sleep, self-soothing with softly sung lullabies that progressively turn into rage and madness. Prano Bailey-Bond and I also spoke a lot about how to integrate elements of period horror soundtracks without creating a pastiche. As Enid is disconnecting from reality and starts living her own internal horror film, I started integrating more vintage synths and sounds she would have heard while censoring those films.

Before you began “Living” did you watch “Ikuru” and take note of Fumio Hayasaka’s score?

I had watched and loved “Ikuru” more than a decade ago, and carefully avoided re-watching it or listening to its score, just to make sure I would approach “Living” with no preconceived ideas, solely focusing on what this film needed.

Tell us about your collaboration with director Oliver Hermanus.

I first met Oliver at the production office they had set up inside County Hall, where some of the film is set and Mr. Williams works. When I entered the space, the walls were covered in stills and photographs, and I could tell Oliver was someone who thought very deeply about his material. We were able to talk about the inner lives of the characters (Oliver had written full backstories for all of them) which was extremely helpful.

What gave you the idea to make “Living” a piano-centric score. And what kind of power do you think it has over other instruments in conveying emotion?

It happened progressively. At first we weren’t planning on the piano being used so prominently, but as the film was taking shape in the edit, it felt more and more natural. I suspect it is due to the piano being a very middle class, yet emotive instrument. It evokes the time-period and class very well. And of course, being a pianist myself, I can express my ideas with a lot of clarity through it.

Did the purposefully dreamy symphonic pop tunes of the era and the classical pieces inform your approach as well?

Although we wanted the score to feel modern, it was important  for it not to feel alien to the story telling. The beautiful pieces of classical music used also meant that I could be very melodic in my score, create ornate moments of piano writing. The jazzy tunes welcomed the use of bass clarinet and less classical harmonic language.

Given that “Living” plays off the idea of the stiff-upper lipped vision of Englishmen, and English bureaucrats in particular, do you think the piano lends a classical quality to the score?

The piano rich classical music history, as well as its inherent equal temperament ended up making it a great fit for the score.

How did you want the piano to rhythmically reflect the same-suited “worker bee” motions of the civil workers? In that way, do you think there’s an ironic quality to that scoring?

As well as the piano, I used some minimalist compositional techniques to bring a rhythmic, repetitive yet playful quality to the County Hall scene, and I suppose a certain sense of irony.

How did the use of human voice, and vocalese come into play? Do you think they give the film a religious quality, especially in terms of a man knowing he’s going to meet his maker?

There’s an early line of dialogue in the film that brings the parallel to church, but rather than religious, it’s more the idea of community, the act of singing together, of joining our voices, which is something Mr. Williams is at first not fully a part of. He’s a bystander to human connection. The cue that uses vocalese the most is during a scene where he’s unable to talk, to open up to his family, and the short vocal motives express that longing for communication.

Was it tricky to not hit the obvious emotional notes here, especially in terms of making things too sad?

I had to go through a similar journey as Williams in the sense that my initial reaction to the story was of sadness at his situation. But that allowed the score to evolve at the same pace as my (and I hope the audience) perception of the story, we’re not shying away from the initial grief, but once we’ve earned peacefulness the music can go and find that bittersweet balance. Plus the performances are so stellar that the score doesn’t need to push more emotion than what is already on the screen.

At first Mr. Williams seems a forebodingly dour and almost inapproachable person. How did you want the score to intrigue us about his presence, and ultimately open him up?

By having a theme for him which evolves throughout the film, first introduced very sparsely, hinting at a richer inner life, and getting richer as we get to know him.

The cello doesn’t make an appearance until a half hour into the film during a surreal big top dance hall sequence that the score ultimately takes over from the source music. Tell us about making that kind of instrumental impact, and the trick of waiting to bring out an instrument that’s often associated with tragedy?

The evolution of the music is again guided by Willams’ journey. The Tent cue expressed the depth of his grief, the strings are played with grit, slight overpressure and less vibrato. His mortality has caught up with him.

How did you want to play the relationship between Williams and his protégé of sorts Margaret?

It’s a relationship that has an almost filial quality, the music had to be warm and tender in a non-romantic way, youthful, and slightly yearning. I let myself be guided by Aimee Lou Wood and Bill Nighy’s performances.

Is working on a film that deals with mortality psychologically difficult, or enervating in this case?

Not really, I’ve done quite a few works (both in my albums and scores) that deal with mortality and grief and find it rather cathartic.

What can we expect for your upcoming soundtrack for “Strays?”

“The Strays” is very tricky to resume in a few words, and the score goes on quite a ride, loads of playfulness with genres, using a mix of chamber ensemble, percussions and electronics.

Given the reception that “Living” is getting, do you think a strength for your own future is showing the kind of stylistic range that can go from war to bloody madness and then gentle, intimate emotional? And on that note, what kind of subjects would you like to explore as a composer?

I hope that even with the stylistic range there’s a through line in my work. I always try to find emotional truth and connection at the core of what I write, so they all feature a little bit of myself. I gravitate towards projects that have this emotional truth for the filmmakers too. I’d love to work on a space opera or a science fiction project at some point, something that allows for well-developed characters and for the creation of a truly unique sound world, just think of how incredible the Vangelis score for “Blade Runner” is, or Howard Shore’s music for “The Lord of the Rings” trilogy!