Few writer-directors have struck a dramatic chord on television like Dan Fogelman, whose acclaimed NBC series “This is Us” have won over audiences by playing all of the heartstrings of triumph, laughter and loss. It’s a particular ear towards the human condition that Fogelman now takes to the big screen with Amazon Studio’s “Life Itself,” and hearing his musings loud and clear and with poetic subtlety is Argentinean composer Federico Jusid. They’ve engaged in a time, and country-warping tapestry that brings together a seemingly dissimilar group of mixed-up characters into a dramatic whole, its intimately sprawling tale arranged in chapters from a grief-obsessed screenwriter to rebellious rocker before travelling to Spain to center on a relationship- hungry olive oil baron and the peasant family he admirers for a film that’s about the act of storytelling as existence. 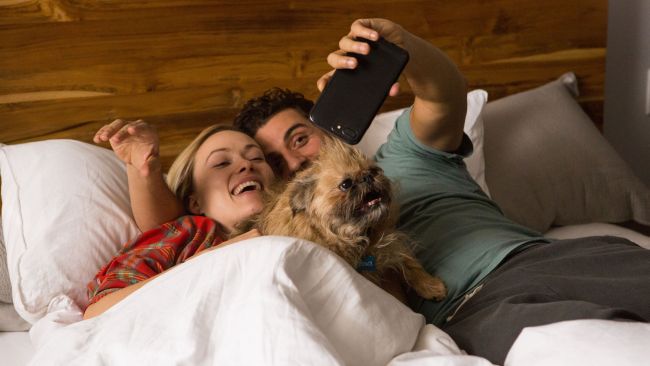 Fogelman’s playful, profound idea is fully grasped by Jusid, one of the rising crop of Latin American and Spanish-centric composers, all linked with their impressive ability to hear the human condition. The son of frequent directing collaborator Juan Jose Jusid (“An Argentinean in New York”) and actress Lusina Brando (“I Don’t Want to Talk About it”), Jusid was born with an artistic drive that gave him a prolific career on both the classical concert and film and television scoring stages. Catching the attention of international audiences with his work alongside Emilio Kauderer for 2009’s Best Foreign Film Oscar nominee “The Secrets in their Eyes,” Jusid’s numerous soundtracks since have included “I Want to Be a Soldier,” the epic series of the Spanish queen “Isabel” and the biopic of the Chilean poet “Neruda.” His rising English-language credits have veered on the side of suspense with “Kidnapped,” “Misconduct” and “Loving Pablo.” Put together, Jusid’s often-harmonious approach has gone from lushly powerful orchestras too more intimate ensembles, capturing a wide range of emotions that now pay off with lyrical resonance for “Life Itself.” 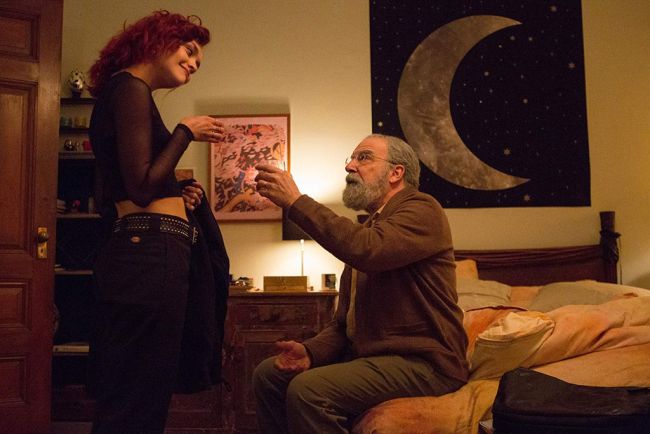 Given the work of Bob Dylan that plays in Will’s manic head that starts off the tales heartstrings, Jusid takes an approach that’s rarely above an unforced whisper, and all the more powerful for it. Piano blends with electronics and gently haunted strings lead to Latin guitar, forming a halting, lovely web of melodies that soon become as recognizable as Fogelman’s well-drawn characters. It’s music that’s communal in its ideas of love and sudden, sometimes shocking loss, as gently accented to radiant, and tearful effect. It’s a score that demonstrates themes as the ultimate links of hopes and dreams, showing Jusid as a composer who’s truly tuned into the tragicomedy of life itself.

Tell me about your musical start in Argentina.

My mother and father were both classical music lovers, and played the piano in our house. I started playing it when I was five, and soon was working with a great music teacher, who also taught me to improvise – which is fantastic for a little kid. I believe this same person also created a system of music notation. So music was something that was very natural to me. I thought I’d never do anything else than become a musician.

What was it about film music that inspired you?

My parents were very passionate about their work, so it was very normal for me to be in the “green room” of a theater, or on a film set. I know that left a big imprint on me. Seeing my father work showed me how movies were constructed. I’d write background “jingles” for his movies. As a teenager, I studied at the conservatory, and would always be writing music. I think because of my family, I learned the “reality” of film scoring as opposed to the old academic approach that I’d get from school. I left Argentina to study abroad and develop my careers in both the classical music world, and the film one.

What was it like having an international breakthrough as the composer alongside Emilio Kauderer for the Oscar-nominated Argentinean film “The Secrets in Their Eyes?” 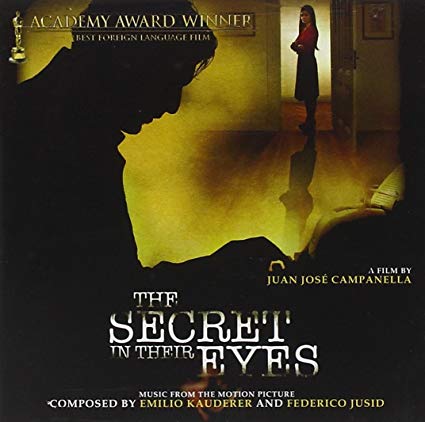 I ended up working a lot of Spanish movies, or movies that were Spanish co-productions, like “The Secrets in Their Eyes.” That film became very significant to, for me, especially when it came to expanding my career to America. I was able to go from scoring foreign movies in two or three sessions to getting a 120-piece orchestra and choir when I composed additional music for Alberto Iglesias’ score for “Exodus,” which was quite a new experience for me.

The first “Hollywood” score that you did on your own was for than Anthony Hopkins thriller “Misconduct.” 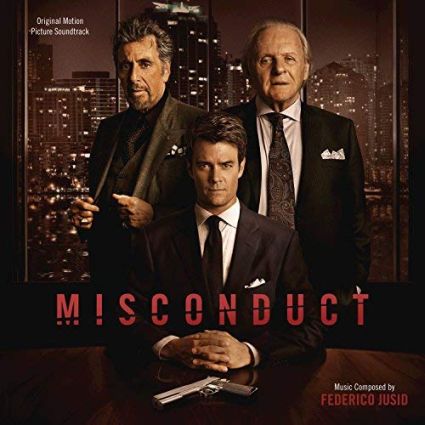 I actually did the Halle Berry movie “Kidnapped” before that, but because of Relativity Studio’s situation, “Misconduct” came out first. I remember waking up in the morning, turning on my studio’s TV set, and there was Anthony Hopkins on the screen, an actor I’d grown up watching!

How did you end up scoring “Life Itself?”

I’d known the film’s music supervisor Season Kent Though we’d never worked together, we’d often run into each other. I got a call from my agent that they were looking for a composer for “Life Itself,” especially one who’d be respectful for the part of the film that took place in Spain. I was just finishing the score for “Loving Pablo,” he asked if I could send them some pieces from that. They liked it, and asked me to write up some arrangements of the Bob Dylan song “Make You Feel My Love,” which plays an important part in the soundtrack of “Life Itself.” To be honest, I’m not completely familiar with all the work of Bob Dylan, but I knew what they wanted. I sent Season five or six pieces that were done very simply for Spanish guitar and the piano very simple, you know, Spanish guitar and piano instrumental, which got me the assignment. When I finally saw the film, I was surprised that a lot my previous scores were in the temporary soundtrack. That can be very fortunate, or very fatal! But they liked the flavor of the new demos I sent them. Things fortunately went very smoothly through the whole process. 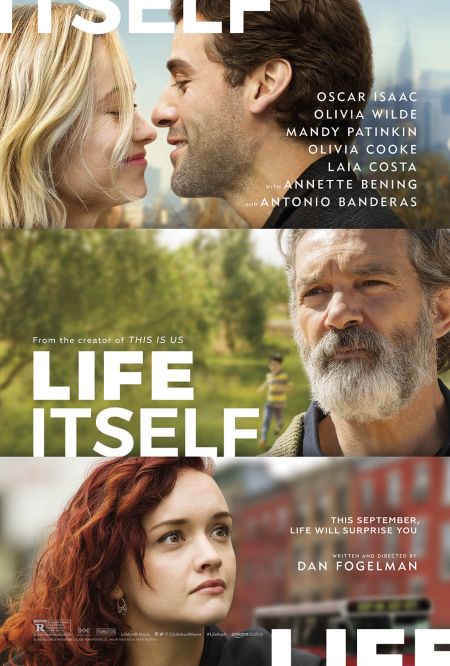 Given that a lot of the characters never meet each other, but are interconnected, how important was it to set up their relationships with your themes?

I talked with Season and Dan about how my music could mirror the structure of the film, especially as it begins with the character of a screenwriter who’s always putting timelines together. I wanted my themes to interconnect the people in that way so that their music could flow from one to the other with an “architecture,” like Dan’s incredible screenplay. I just humbly tried to follow it with motifs that jumped from one character to the other. Some would be fully orchestrated, while others would have different colors. So eventually when all these musical pieces come together, you realize how they’ve fitted all along. The score also needed to work with the songs, which are such an important part of the film. It has a “language” that’s laid back in a funny way, yet is also straightforward and often tragic, much like Dan’s TV show “This is Us.” He talks about the most profound things, but in a way that isn’t rhetorical, or solemn, but simply and lyrically. So I didn’t want “big” themes but instead a score that had similarly lyrical gestures.

Could you personally identify with what Dan’s characters go through?

I’ve certainly lost loved ones, which is very hard to cope with. But as a mother says in the film, it’s important to keep their memories alive as we expand on our own choices in life. That’s a very profound thought, one that really touched me. I could also identify with Will’s compulsive character big time! 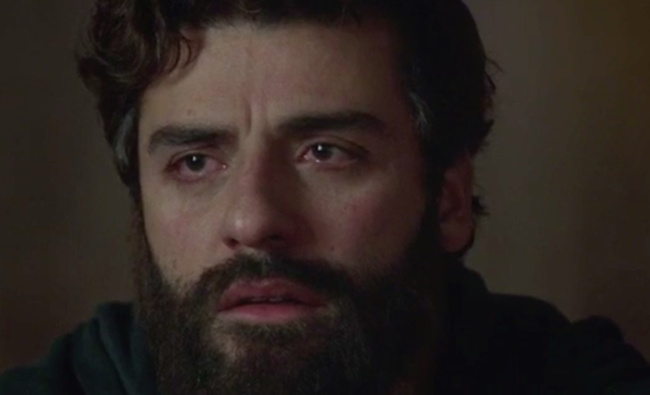 Given how over the top and sentimental this score could have been, was it important to keep it subtle?

Yes, absolutely. I was very aware of that. I tend to score melodramatic, and romantic stories with that same kind of understated approach. “Life Itself” deals with some very big, transcendent thoughts. The worst things I could have done was to give them a musical exclamation point. The score needed to be respectful, as opposed to being sweet – like a desert you didn’t want. It’s a movie that ranges from the funny to the tragic, and it was important that Dan’s point of view wasn’t over-sentimentalized.

Besides using guitar for the film’s Spanish segment, you also have some interesting “ensemble” orchestrations in your score.

I used electronics, a Rhodes Piano and guitars in a way that was always interconnected. It’s very simple, low key approach, because I didn’t want to overdo it.

What kind of “message” do you want people to get from the score?

I think the message of the film, and the music is how every person makes an emotional impact. There are many layers to that, because the audience is given a new perspective with each character that’s on the screen. It was up to me to deepen that emotion, to bring in new musical voices without being distracting. It’s a humble goal, and I think it went well.

You get to be a lot more dramatic with your score for a new animated take on “Watership Down” for television.

Yes, the approach is pretty much the opposite of “Life Itself!” Richard Adams’ novel has been turned into four episodes that are very dense and lyrical. The music brings an extra layer to his metaphor of comparing rabbits to the human condition. So it’s a broader, non-stop score with music for big chases and death scenes. It’s beautiful and so poetic, and the music is “painting” in every scene alongside the visuals.

In the end, what’s your biggest life lesson you’ve gotten out of Dan’s film?

With each project, I try to put my own personal style into its idiom. And I think that with “Life Itself,” I’ve helped the audience to understand, and enjoy being with these characters. In a broader way, that shows how music allows us to connect to one another, especially our loved ones.

“Life Itself” opens in theaters on September 21 from Amazon Studios.

Listen to Federico and Emilio’s score for “The Secrets in Their Eyes” HERE,