As sci-fi scoring reaches new realms of transfixing weirdness, perhaps no composing team is pushing the outer limits like Geoff Barrow and Ben Salisbury, both in the service of adult-themed genre auteur Alex Garland. Even when Barrow began his music career as one of the founding members of the alt. band Portishead, it wasn’t hard to hear a film noir vibe in such soundtrack favorite songs as “Glory Box” and “Roads.” Salisbury has a more traditionally scored road to the big screen with numerous TV documentary scores for the likes of “The Life of Mammals,” “Life in Cold Blood” and “Ocean Giants.” But put together their talent for surreal grooves with more conventional scoring, and the fusion is the sound of the experimental soundtrack future, as done for a critically acclaimed filmmaker who’s about mad science at its most meditatively profound.

Mixing the visceral with the esoteric in his writing credits for Danny Boyle’s zombie and solar apocalypses in “28 Days Later” and “Sunshine,” Garland’s directing debut on “Ex Machina” was a technologically sterile chamber piece in which two scientists find themselves seduced by a sensual avatar of artificial intelligence. “Machina’s” calculating mad science was given a spellbindingly cold score by Barrow and Salisbury, their haunting, high-tech sound drawing on the rebirth of classic 80’s synth stylings, evolving it with the calculating melody of the ghost within their state of the art gear.

Now the composers are given a far bigger stage to play on with “Annihilation,” as an alien force steadily transforms our planet into a region of life forms both beautiful and terrifying. As a team of female scientists is sent into “Area X” to discover the origins of this weird, multi-colored force, Barrow and Salisbury create their own, eerie world of tonalities that fuse organic sound into another sonic life form. As opposed to going for the rugged adventure that might distinguish an eye-candy Hollywood approach to the material (based on Jeff VanderMeer’s “Southern Reach” book trilogy), “Annihilation” takes an unexpected route thanks to the pensive approach that signifies Garland’s voice. 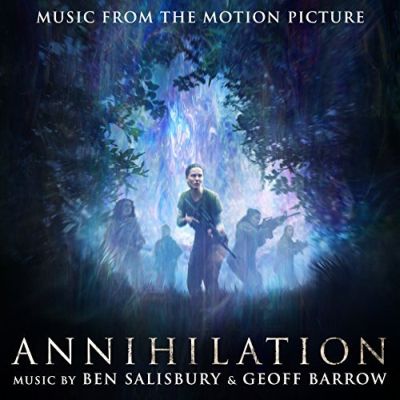 Given a colorful force that’s warping reality, Barrow and Salisbury create an ever-shifting wall of sound – yet one that still isn’t too far afield from the musical world that film audiences inhabit Female voices dance about eerie metallic effects, hushed strings and a humane guitar, the score building with a sense of spellbinding revelation and washes of retro electronics. In a sci-fi scoring world ever-intent on creating an utterly unearthly sound with the likes of Mica Levi’s “Under the Skin” and Johann Johannsson’s “The Arrival,” Barrow and Salisbury’s own unique synergy makes for a soundtrack that’s its own weirdly evolved animal – harmonically strange, but thematically accessible – all in service of a filmmaker who’s doing his best to regress the genre back to its philosophical glory days. It’s a twilight zone that “Annihilation’s” eerily involving tonal score hypnotizes us into entering.

When you helped start Portishead with Adrian Utley, did the band strive for a “score” sound?

No, but we’ve always been influenced by film scores. We loved the Italian gangster stuff and John Carpenter scores. Composers like John Barry influenced us as well. Adrian and I also loved Jerry Goldsmith’s work on “Planet of the Apes.”

Portishead songs like “Roads,” “Scorn” and “Glory Box” have been used in movie soundtracks from the days of “Tank Girl,” “Stealing Beauty” and “The Craft.” Do you think that was because of the songs’ cinematic quality?

There were a lot of needle drop points here and there. I think it was more for the mood, really. The most recent one was in Ben Wheatley’s “High Rise, for which we did a cover of Abba’s “S.O.S.” We kind of used that song as a cry for help in the film, which worked out quite well. We get people asking us if they can use “Glory Box” for a sex scene and we just tell them “No,” because they don’t get what the song is about to begin with.

One of your first scores was for “Exit from the Gift Shop,” a fun documentary about the prankster artist Banksy. 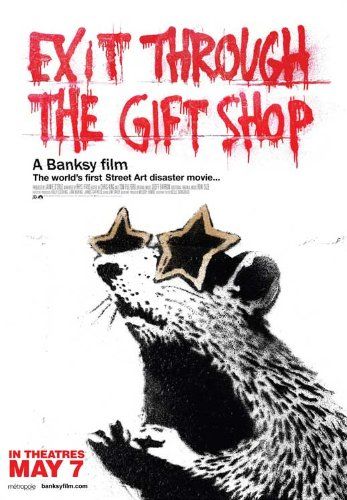 It was on that film that I met my composing partner Ben Salisbury. We’d played soccer together, but someone we had no idea what we did for our livings! Originally they were going to use stock film library stuff. But when they found out they couldn’t, I was called in to “Gift Shop.” I knew very little about scoring, but I did understand where the music would go to what was onscreen. I learned a lot working with Ben on that movie, and I’ve been at it ever since. Ben’s got a lot of experience writing for television and films, so I’ve learned a lot from him. And because I’ve brought a lot of my own musical oddness to him, we’ve made a good team. We next did music for Alex Garland on his pitch for a Judge Dredd film. But the financers did not like what we were doing so we walked off it, saying that we didn’t want to play music that the producers didn’t like to hear on their film. The good thing Is that we released it as an album called “Drokk: Music Inspired by Mega-City One,” and it did really well. 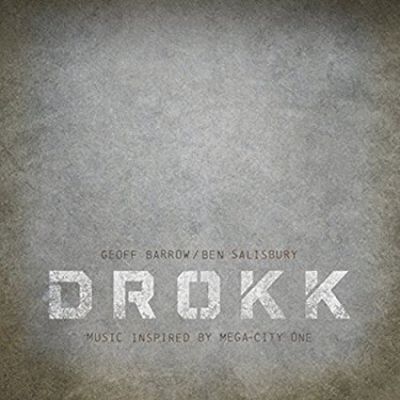 What was your experience like with Alex and Ben on “Ex-Machina?”

It’s wall-to-wall atmosphere, and not like your typical score where it’s all blaring at you. “Ex Machina” crosses the line with sound design, where it can be like an air conditioning unit making that sound – it all goes hand in hand. Alex is very generous with sharing ideas, very open to suggestion from the whole team—to have everyone work for the film as a unit, not just departmentally. Ben and I loved doing John Carpenter-styled scoring with “Ex Machina,” as if we were scoring a film from the 80’s. Ben and I just did “Free Fire,” where it was a Lalo Schifrin kind of score. That was really fun. 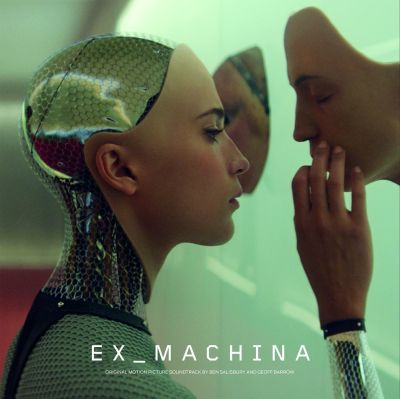 How would you describe Alex’s brand of sci-fi?

Alex is a serious filmmaker. He’s been in the business for over 20 years and has got a voice and people really like. That’s because they want to see interesting science fiction, not the kind where it’s robots smashing into walls. His work is subtler, and has more depth.

How did you want to make your minimal approach for “Annihilation” interesting?

At first we were not sure if it was interesting at all! But we knew it was to be about a journey the characters would take, knowing that something wasn’t quite right. The original “Blade Runner had that sense of growth. These days you have films where it opens up big with an amazing shot of the city. But if it doesn’t have a big battle scene in the beginning, where do you go from there? It’s like you just blew all of your marbles. With both “Ex Machina” and “Annihilation,” we hope that we got to bring across some sense of growth to both the score and the story – so that when you get to the end, you get the feeling like you’ve been taken over with something, both sonically and visually.

The female voices and metallic sampling you use in “Annihilation” certainly get you into that trance state.

Well, hopefully not to the point where the music might take you out of the film. Ben and I have always tried to stay away from “stock” scoring. If go to see a Marvel film, you kind of know what you’re gonna get. But not on “Ex Machina” and “Annihilation.” Here we wanted to move away from synths, which have become the stock, go-to instruments to compose with. We wanted to go about this score in a completely different way that would make this film its own story.

What was your ensemble on “Annihilation?”

It was acoustic guitar, which I don’t really play well at all. Though we brought in far better guitar players, we ended up with mine! We also used the water phone a lot, which we tried to make tunes out of. But while I really wanted to make the score exclusively with the water phone, it has way too many limitations. Eventually we used some small string sections as well. With the choir we tried not to be too religious sounding. We ended up doing some different recording tracks to give it a more immersive sound.

Do you think there’s a trend where some composers try to “out-strange” the other in creating these utterly bizarre and alien musical environments like “Under the Skin” and “The Arrival?”

How did you want to both be interesting for “Annihilation?”

Ben and I are literally like the alien from “The Thing.” We’ve absorbed each other. What you’d think would be by me, and what you’d think would be Ben, is now all mashed up. We do both do of each other’s stuff now. Ben brings the ability to really write, and to have that non-stop ability of bringing his musical understanding to the project with an effortless talent. As a producer, I have more of a musical overview, knowing what might work and when we might need something else.

What do you think about “Annihilation” going to Netflix overseas, while getting a theatrical release in America?

It’s a real shame for the rest of the world not to experience it in theaters. I think that the people feel that Alex has made a great film with this because it’s so subtle. I don’t understand the politics of film distribution. But I think they were wrong about how they handled it, because people are intelligent, especially when they’re fed with so much rubbish these days. I think that audiences will love “Annihilation” and “Ex Machina” equally.

You work for Alex has been about evolution. In “Ex Machina,” it’s a robot transforming in a human. And in “Annihilation,” it’s an alien force that’s transforming the earth. How do you see your and Ben’s music evolving in the way?

It’s really positive. We’re currently about to start a series. Delivering under that pressure should be interesting. We’ve gotten a few ideas and it looks like it’s working out nicely. Ben and I are both learning every day. And that’s a great thing.


Venture into Area X with Geoff Barrow and Ben Salisbury for “Annihilation” on Lakeshore Records HERE. Then listen to them turn a turn a robot into a real woman with “Ex-Machina” HERE before venturing to “Mega City One” HERE

A special thanks to Alexander Portillo for transcribing this interview