Where it’s far from novel to have great conductors showing their talent at writing original film music, as Leonard Bernstein did with “On the Waterfront” or Andre Previn did in his previous composing incarnation with the likes of “Elmer Gantry,” it’s a bit more unusual to have a conductor specifically known his energetic renditions of other people’s work for years seemingly come out of nowhere to blow away his admirers by displaying a whole other cinematic vocation. But yet that’s the feat that Gustavo Dudamel does in “The Liberator” with all of the acclaimed wild-haired flair he’s given in America to the likes of Wolfgang Amadeus Mozart, an especially notable event in a film scoring medium that many might argue has become the new classical music.

Smashingly leading the charge with an emotionally imposing orchestra, haunting choruses and an overall surfeit of thematic melody that could have easily graced one of the great Hollywood epic scores of yore, this Venezuelan native shows that he’s got one heck of another job to go to when not at podium with the Los Angeles Philharmonic, or back home with the Bolivar Orchestra. For when you listen to the ethnic winds and percussion of his “Liberator,” you understand the passion that drives his fairly magnificent film debut. For Alberto Arvelo’s movie not only represents Venezuela’s biggest play into the Hollywood arena, but the continent’s as well as it details the valiant quest of the country’s most iconic figure. Imagine a man with the command of George Washington and the heroic charisma of Zorro, and you’ll get the emotion that Dudamel so ably communicates for Simon Bolivar (as charismatically played by Edgar Ramirez). This foreign-educated Venezuelan aristocrat returned home in the 1800s to lead a revolution to unite Latin America. But as opposed to a vainglorious Napoleon, Bolivar was the real, freedom-seeking deal. Yet it’s also historical fact that grand dreams have a way of going south of the border, as Bolivar’s noble ambitions descend into the realities of the political infighting that has seemingly doomed Latin America to the lethal mess it is today. 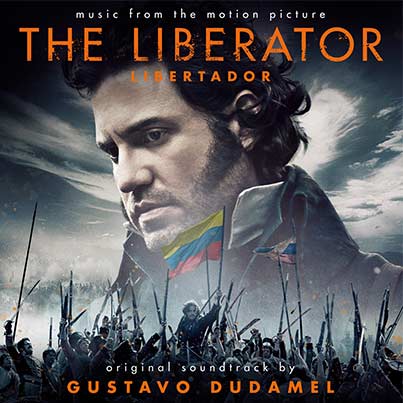 Yet there is much rousing hope to Dudamel’s score (as played by the Simon Bolivar Symphony Orchestra of Venezuela) that particularly draws on his experience conducting John Williams scores for the Philharmonic, a lavish sense of themes, melody and emotion that help “The Liberator” at the least succeed with its cinematic goal of being as relatable, and impressive a historic epic as David Lean or Ridley Scott has made. Now more than proving his own music as worthy of concert hall treatment, Gustavo Dudamel talks of the nationalistic pride, and film score savvy that’s made him an immediate, original composer to be reckoned with on the international landscape of movie music.

Did hearing movie scores play a part in you wanting to go into music? If so, how did they impress you?

My musical training started very early, as it does for many children in Venezuela, so some sort of “serious shaping” from the music of film is something that may well have been at play – let’s not forget how many of the great classical composers have works incorporated in film. Here I think of the greatest of so-called classical works: Beethoven’s 9th symphony and how Stanley Kubrick built this into “A Clockwork Orange!” Who wasn’t impressed, though, by the first time they watched and heard the brilliance of the “Jaws” soundtrack? The utter simplicity! But absolute genius! Music is, I believe, what brings film alive and while perhaps not the why, it is certainly an aspect I love and the use of music in film is something I’m passionate about. In film music, a single note can make an entire scene, but one wrong note can also ruin everything. To master the art of conveying great emotion through such simplicity is an important lesson for every artist.

How important do you think your film music performances with the LA Philharmonic were in shaping your composing abilities? 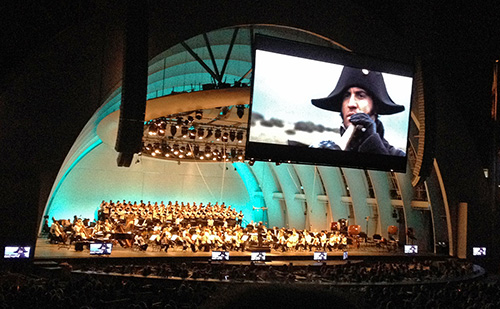 What a lot of people don’t know is that I’ve actually been a composer for my whole life – it’s something I shelved (along with the violin) when my conducting career took off and the huge responsibilities of both career and family meant that I could not have the time for it as I would have liked. Composition has never really left me and was clearly waiting to be jump-started when the offer came from my dear friend Alberto Arvelo to write for “The Liberator.”

Was there an “I should be doing this” moment while you were conducting, and working with an orchestra?

Never – it just became apparent – Alberto Arvelo wanted to make a film that was not only a testament to the significance of the historical figure, Simón Bolívar, but also to give a sense of the man behind the legend, and of his relevance to our lives today. Initially, Alberto asked me to join the team of “Liberator” as a musical advisor. Yet when I began thinking about Alberto’s approach to Bolívar, to the drama of this man’s life, ideas and musical motifs came to me, naturally. It was a very organic process, and soon I was composing the soundtrack myself.

With your involvement with a Venezuelan orchestral named after Simon Bolivar, do you think this was a score you were born to do?

Recording the soundtrack with the Bolívars was for me self-evident (and a LOT of fun!). They can do anything, and they understood after as many years as we’ve worked together, precisely what I wanted to achieve with the soundtrack. This is the orchestra I grew up with and when you work with an ensemble as I have this for almost twenty years, it’s a little like being married. They think and do with you, doing what comes naturally!

What were your impressions of Simon Bolivar while growing up in Venezuela, and how do you think the movie changed, or added to them?

Simón Bolívar is probably the most important single person in the history of South America. As a soldier, a thinker, and a leader, he affected the lives of millions of people and shaped the future of an entire continent. In South America, Bolívar is a legend: squares, cities, streets, airports, currencies, even a country (Bolivia) are named after him. We in Venezuela consider him the father of our nation, similar to the way U.S. Americans think of George Washington. We therefore hold him with that sort of similar reverence as the US Americans do their founding fathers. By writing the score to “The Liberator,” I had the chance to work with some of the greatest thinkers and historians on the topic and that was truly exciting for me.

“The Liberator” has the feeling of an old-school Hollywood epic, particularly in its orchestral score. Were there any soundtracks in that genre that inspired your approach? 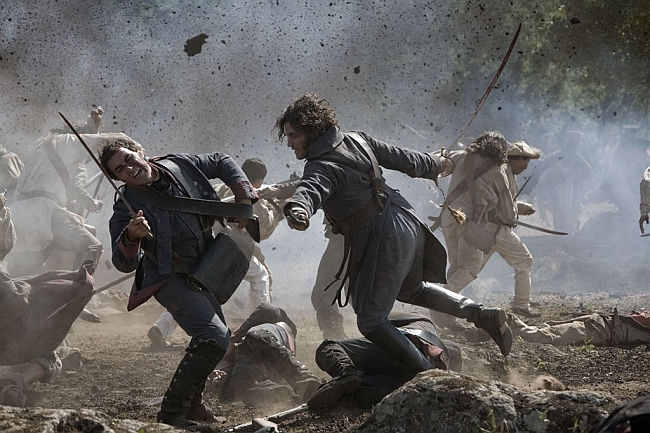 It was a very organic process. For instance, I made a conscious choice to base the main Bolívar theme on a progression similar to Aaron Copland’s famous “Fanfare for the Common Man” because I wanted to reflect Bolívar’s character first as a man – a common man – and not right away as a hero. More generally, I don’t make any secret of the fact that my dear friend John Williams was a huge inspiration to me and I spoke with him at many different points during the process. When I decided to say “Si” to Alberto Arvelo and work on the movie, John was the first person I called because I wanted to share it with him and also be able to ask him LOTS of questions. So if there is any one mentor in that respect, or pure inspiration for me, it was certainly John.

Was “The Liberator” an experience where the music just flowed, or were their challenges you might not have expected, especially with this being your first major film score?

For me the process was what was so exciting. I remember sitting in dressing rooms at concert halls around the world – backstage at Carnegie Hall in New York, the Kimmel Centre in Philadelphia, at La Scala in Milan, or even my own dressing room in Los Angeles at Disney Hall, with minutes to go before the start of a performance, but I was still sitting at the piano working through some passage which needed work. Having a piano in my hotel room became no longer a luxury but an essential item where ever I travelled!

Could you talk about the indigenous, Venezuelan / South American element that you brought to “The Liberator?”

Well, there is the very simple element of the Flute, especially because it is written in the film for a special kind of South American wooden flute. This, for me, expresses the soul of the past, a sense of longing – both for Bolívar personally and for the traditional South American ethnic cultures swept away by the colonizing Spanish. And the percussion, of course – there are times in fact in the score when the entire section has the chance to improvise and bring their true spirit and inspiration.

For all of his accomplishments, Simon Bolivar is also a tragic character. How did you want to chart the “rise and fall” that accompanies these kinds of historical epics, as well as the dashing, romantic quality of his political passion that drew so many people to him?

Although Simón Bolívar is in the DNA of every Venezuelan like me, to interact with the man, with his psychology as well as his biography, with his strengths and talents, his struggles and his faults, with compassion but without sentimentality, is a rare privilege. Alberto’s film offered me the unique opportunity to renew my perspective of this legendary figure and ultimately to try to express through music the inspiration Simón Bolívar symbolizes for us all how a man becomes a hero. Heroes are not just statues from the past, or super-humans from the future. Heroes are all around us, every day. Heroes are real men and women, young and old, rich and poor, who find in their hearts the love and in their souls the courage to give of themselves, often at great personal cost, for humanity’s highest ideals. Heroes are not born, they are not made – they become.