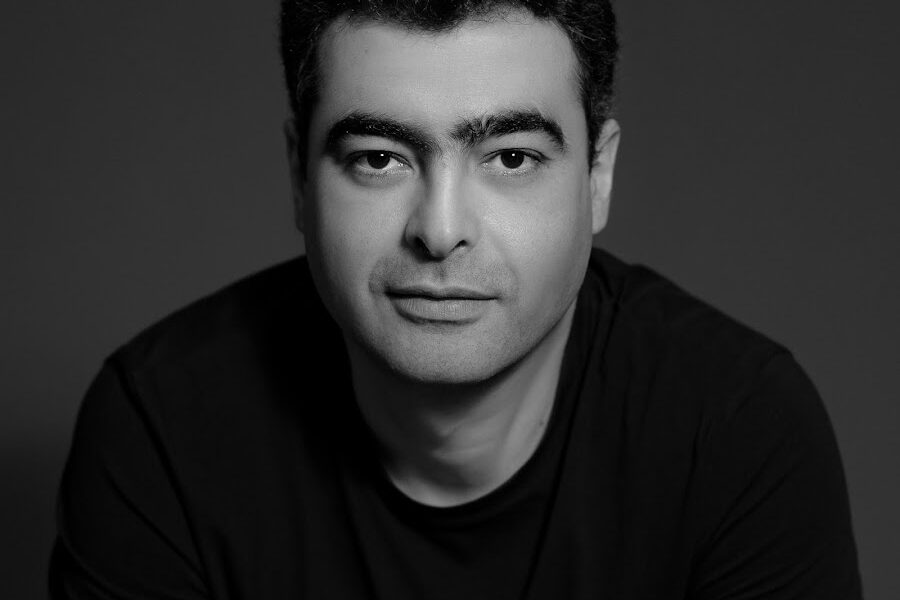 There’s something about calling the ancient gods of Egypt that seem to announce the arrival of a powerful force in composing, first with the prayers to Ra that heralded David Arnold with “Stargate.” Now, the mantle of a mystical scoring force is passed to a musician by birth rite, as Egyptian composer Hesham Nazih blazes his own astonishingly talented voice with the multiple identities of Disney Plus’ “Moon Knight.”

For a streaming network, and studio at large that takes big gambles on composers outside of the blockbuster realm, not to mention wildly confounding story structures that pay off in spades, “Moon Knight” just might take the creative cake. In their quest to delightfully plunder the tombs of the B and C characters that make for the diverse stars of the Marvel universe. Here it’s a guest star from a 1975 issue of “Werewolf by Night” who became a cult hero who overcame his Batman-esque origins. Now, Moon Knight really gets to shine, as the white cloaked, ultra-violent avenging angel sponsored by the wrathful Egyptian god Konshu, one taking flesh in three (and counting) identities, as all played by Oscar Isaac. Strongest among them are the Peter Sellars-like Marc Spector and kick-ass, guilt-ridden mercenary Steven Grant who are pitted against Konshu’s former avatar Arthur Harrow (Ethan Hawke) who seeks to unleash an even more pitiless entity upon the earth.

Tonally shifting between episodes that spotlight horror, action and comedic confusion, one major piece of melodic mummy wrapping that glues together “Moon Knight” is the rapturous scoring by Hesham Nazih. Given a blazingly fierce theme for chanting voice and orchestra, the music bursts with epic melody and atmosphere. He evokes a time of pharaohs with majestically lush strings, curls crescent fists of angered brass and hears a culture of ancient instruments, whether its spinning the universe or hearing the confusion of an afterlife mental hospital, “Moon Knight” is a mix of authenticity, muscular superhero strains and striking mind games. It’s the kind of unapologetic, character-based symphonic majesty that instantly alerts the ears to an imposing arrival. That Nazih is acclaimed within the Egyptian film industry in a twenty-year career filled with numerous orchestral scores that have seen him work with orchestras from England to Vienna attests to building musical power that’s finally been unleashed for western viewers and Marvel fans at large – one that now stands poised to conquer with Konshu’s approval.

Were comic books a thing when you were growing up in Egypt? And were you aware of their cinematic and television adaptations – especially when it came to Marvel?

Yes, comic books were a big thing in Egypt where I grew up. They may not be as big as it is in the US but, of course, I was aware of their cinematic adaptations. When it comes to Marvel, the characters and heroes are REALLY big in Egypt!

Tell us about your musical upbringing, and what attracted you to scoring? Were there any particular Hollywood scores and composers that influenced you?

I started playing music when I was a child. I joined a local band at the age of 13! Never stopped hopping from one band to another and didn’t have the chance to study music academically, but my passion to film music started early on. I was first fascinated by Ennio Morricone, John Williams, Bill Conti, Henry Mancini, John Barry, Jerry Goldsmith, the list goes on and on.

You made your progress through the Egyptian film industry, whose films very few multiplex goers have seen in this country in contrast to regional pictures from Hong Kong and Bollywood which have gotten a broader release. How would you describe the tone of the films produced there, especially when it comes to their scores?

Actually, Egyptian films through years have had a wide range of audiences spreading across all the Arab region, that’s a wide spectrum of viewers. I may call Egyptian cinema regional as well, however I totally get your point here! Addressing to a very wide spectrum of audiences gives you more liberty, I would say. No specific cultural “constraints” and less boundaries! Wider fields of thought yields to broader ideas, I believe, and more audacious artistic endeavors.

At what point were you afforded the kind of lush orchestral score that would define your work on “Moon Knight?”

Before “Moon Knight” and since I started my career, I kept pushing to have bigger budgets in order to have more impactful scores. After writing a few successful scores, the producers started to have more trust in my ideas. They decided to invest more. I first started writing for a real orchestra in 2005, and in 2021 I had the chance to write the music for the “Golden Mummy Parade” which took place in Cairo, transporting mummies for 22 kings and queens from the old museum in Tahrir square to a new museum. That 50-minute score was performed live by a large full-scale orchestra with a big choir.

How did Moon Knight come your way? And once you got the job, did you throw yourself into learning and reading about the character?

I was recommended to Marvel by Director Mohamed Diab and yes, once I got the job, I started searching and reading about Moon Knight, the characters background, the relations between the characters, Marc Spector, Steven Grant, and so on.

How did you want to musically separate Moon Knight’s multiple personalities – particularly as new ones get revealed?

Marc and Steven are two sides of the same coin, I did not separate them musically. I rather musically pointed at them confronting each other, arguing, disagreeing, and so on, trying to follow the lead of how and why the disorder was first triggered.

Moon Knight often has a mix of eccentric comedy and brutal violence. How difficult was it to find the right tone, especially as both often happen at the same time?

This was challenging I must say! In a very exciting and intriguing way. Really keeping the flow and momentum while musically navigating through the scenes was an amazing trip!

Did you have a feeling that you needed to honor your country’s culture, and especially its gods in “Moon Knight?”

I am of course grateful to my country’s amazing cultural heritage and legacy, but the main focus was on the story line, the characters, and getting the right tone for the show.

Tell us about developing the Moon Knight theme.

I began with writing the Moon Knight theme, and that one was the first idea I had! If I tried to make different ones, go different ways, I always ended up coming back to that one!

How did you want voice to be a part of the score?

I was first planning to use vocals only for the Egyptian aspect of the music but bit by bit the big choir became an essential component of the score, carrying the magnitude and scale of the story as well as the nature of the dramatic tension.

Tell us about the ancient Arabic instruments that you used in the score.

I used Rababa, mizmar, arghoul, duff, and ney. These are ancient Egyptian instruments. You’d find pictures of them engraved on the walls of ancient temples and amazingly enough they’re still used in modern Egyptian music today.

Talk about the musical relationship between Moon Knight and Khonshu.

It was a great part of my thought process while writing really. The intents, the complexity, for instance, the sheer amount of power transferred from Khonshu to Marc, transforming him into Moon Knight was a big aspect of the Moon Knight theme itself.

How did you want to play the cult leader Arthur, especially as he doesn’t view himself as a villain, and used to be a Moon Knight at that?

You know, Arthur Harrow is the kind of villain who has a belief! He’s serving a certain belief, making him not just another bad guy or a usual villain but rather a wave of ideology to confront. I tried to portray that in his motif and instrumentation.

Much like “Wanda and Vision,” “Moon Knight” throws you into the fight in a puzzling way before the story makes “sense,” particularly in the “insane asylum” of episode 4. In that respect, how did you want the music to help unveil the show’s mystery?

This was so inviting, musically I mean, but this is where I strictly followed the story line even if it’s not fully revealed yet, connecting dots and tying bits together was a very fun musical practice through the episodes.

Marvel has been particularly good at giving new composers a shot. How has you experience been with the brand, and what did they expect from a “superhero” score?

“We like to be surprised.” Those were the key words told to me in one of the very early meetings before I start writing, liberating me, and reassuring me before getting started, and through the process I had the best support, help, and guidance from everyone at Marvel. The music team was incredible in every sense! You know this is the first appearance of Moon Knight on screen, the first initiated music for the character. I believe they were expecting what it deserves, and that’s what kept me up at night.

How did you want to score Moon Knight’s fighting style?

The Moon Knight score is melodic and organic in its instrumentation, same goes with the fighting scenes. I always wanted to keep the dramatic catalyst of the fights musically upfront.

There are any number of musical standout sequences in the series, particularly when Khonshu “dials back” the skies. Tell us about scoring that, as well as some of your other favorites?

This one is really close to my heart. This is where Khonshu sacrifices himself, trusting Marc endlessly! This is where you begin to emotionally relate and feel for Khonshu! The emotions, how epic the scene is, and the way it all started with those fabulous unforgettable words: “I remember that night, I remember every night.” Again, the emotions were the main drive for me while writing the score.

Your scoring reminds me a lot of “Stargate,” likely my favorite “Egyptian”-style movie and score. How do you think your music ties into the westernized approach to Middle Eastern scores, yet is more authentic than most?

Egypt has a history of filmmaking. A lot of Egyptian film composers not alienated from the western orchestral approach has left us quite a musical legacy. I believe throughout the years there were kind of “artistic reactions,” a give and take, between western and Egyptian music. As for me, an Egyptian, sounding authentically Egyptian didn’t seem like an impossible task

What kind of trail do you hope to blaze for your own career, and fellow musicians from the Middle East looking to make an international break with “Moon Knight?”

That’s a tough one. I don’t know! I feel I’m lucky I’ve been chosen to do such a great show like “Moon Knight” and I guess I want to keep chasing the white rabbit everywhere, exploring new musical territories and realms, with the sense of “we like to be surprised” in mind!

Special thanks to Andrew Krop and Kyrie Hood