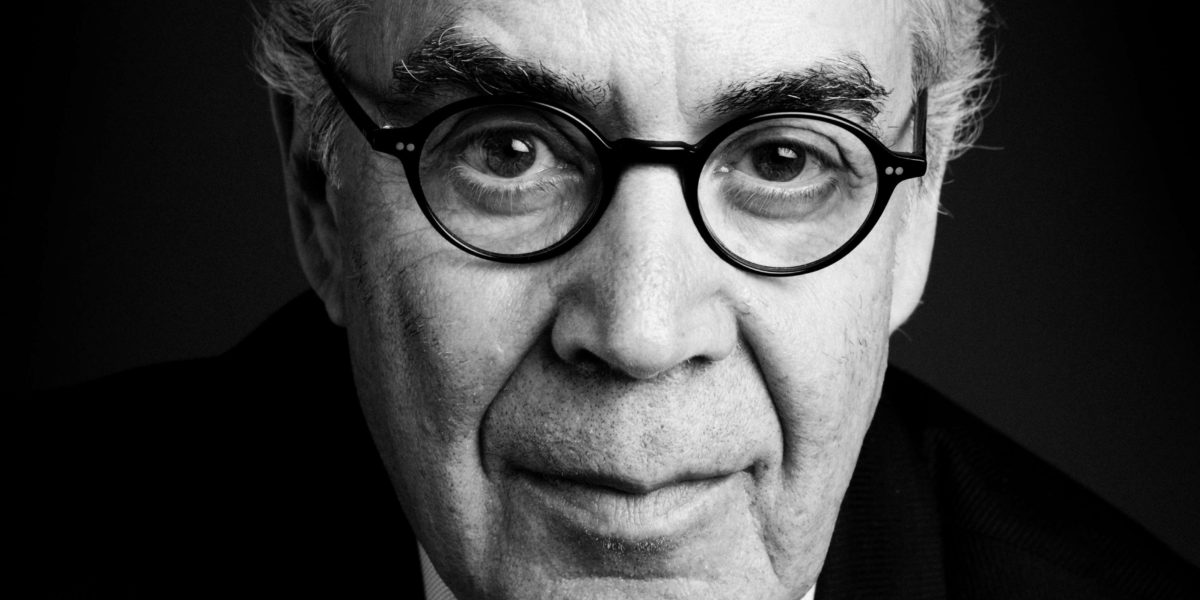 In a storied career that’s ranged from Ring cycles to intimate church confessionals and any manner of murderous psychological neuroses, Howard Shore has certainly spent time with women as much as he might Middle Earthers, a man-child and those fighting for social justice, let alone survival. Yet in a resume that numbers nearly one hundred projects, there’s a curious paucity of “women’s pictures” as such. Certainly Shore has laughed with them in “Nadine,” “She-Devil” and “Before and After,” let alone terrorized them in “Panic Room,” “Sliver” and “Silence of the Lambs.” But aside from such under the radar pictures as “Esther Kahn,” intimate, female driven dramas about reality both harsh and optimistic are waiting to be graced with Shore’s rich sensibility for the very human condition.

Now with Netflix’s hopeful Oscar contender “Pieces of a Woman,” Shore gets to open up in this particular genre like never before, yet in a poignant, classically attuned way to deal with the wrenching loss of a child. Having astoundingly shown a human-eat-dog world with 2014’s “White God” and 2017’s refugee drama “Jupiter’s Moon” the Hungarian writing-directing team of Kata Wéber and Kornél Mundrucz now come to America with the same, searing psychological impact, here felt by a couple at what would seem to be their happiest moment. Having decided to give birth at home, Martha (Vanessa Kirby) and Sean (Shia LaBeouf)’s best intentions end in tragedy, even with all the effort their midwife Eva (Molly Parker) can give. Though Martha’s mother Elizabeth (Ellen Burstyn) is intent on seeking payback in court, Martha can only coldly go through life as her marriage falls apart.

It’s Martha’s need to look back and confront tragedy while finding new meaning that gives “Pieces of a Woman” its gut punch after the film’s beyond-intense opening. But where the musical grieving process might have become maudlin or clouded the film in depression, Howard Shore brings a delicate, poignancy to Martha as she tries to navigate through the shards of her existence and a tormented relationship with Sean and Elizabeth. Indeed, it’s one of Shore’s more unreservedly melodic and beautiful scores for all of its subtlety. With a thematic focus on lyrical piano playing and lush strings, Shore’s music conveys the loss that haunts Martha, yet with a feeling that urges her to grasp it and move on. Listening to its approach might make one thing that it’s accompanying a muted period costume drama, a feeling that isn’t modern as such but feels just as natural in the film’s settings around Boston and its boroughs. Given its relatively short length, the spotting of Howard Shore’s music makes it poetic tone the more emotionally impactful, especially as Martha’s day in court arrives, let alone her coming to terms with mother, husband and a once-impossible future to dream of. It’s a feeling for uniting a woman that’s doubtlessly inspired a composer used to seeing them in other stylistic light.

You’ve done many scores centered around women, but many of them tend to be comedies like “Nadine” and “She-Devil,” or such thrillers as “Single White Female” and “Silence of the Lambs.” Did you welcome the opportunity to do a true “women’s picture” like “Pieces of a Woman?”

Yes, I agree, which made this very interesting to me. “Silence of the Lambs” definitely comes to mind where working with the character of Clarice Starling was something I enjoyed. With “Pieces of a Woman,” I had a real interest in working with Kornél Mundrucz. He’s a great director and has made some films that I’ve really liked like “White God,” so there was a lot of interest there on my part. He got in touch with me, and we started talking. We kept the musical conversation going for a period of months to end up taking a very classical approach.

What do you think it was about your music that appealed to Kornél?

I think he must have heard something I’d done that made him think I’d be the right composer to work with. We had a good collaboration. It was very detailed. Kornél’s also a very good musician. He directs opera and theater in Europe, which are all things that I love. So Kornél has a very good ear to end up with very classic use of the orchestra. The piano was very important, as was the oboe and celeste. Those instruments had the principal soloists. I also adapted some short excerpts from my piano concerto “Ruin and Memory.” It was commissioned by the Beijing Music Festival for the 200thanniversary of Chopin’s birth, and performed by the pianist Lang Lang.

“Pieces of a Woman” feels like a hybrid between a “documentary” style film and a sleeker “Hollywood” picture. What’s the challenge of scoring that approach?

The idea of working with the emotions is central to “Pieces of a Woman. The loss of a child is the major theme of the music. Then there’s the theme of Martha’s grief, which is carried through the film. So the music has less to do with the style of the shooting than the underlying emotions of the actors and their characters. I’ve used the orchestra here in a very specific way for that, as well as some electronics that are mixed into the score to create the ambience for the scenes, in a very good way I think.

The film opens with a near thirty-minute one-shot take of Martha’s birth, which has only one piece of underscore in the entire sequence. How did you want to score that opening?

While there is a source piece when they’re at the bathtub, which is coming from a phone, the only piece of score I wrote for the opening is at the end with the actual birth. But In general, you just listen to the film. It tells you where to spot music. A lot of the initial work I did with Kornél was talking about the spotting as we had the trial-and-error of trying different approaches.

As a father, what was your reaction to the opening, especially considering how grueling it can be to watch?

I watched it many times! I loved the detail of the scene, which is directed so beautifully in that one shot. It’s very powerful. Every time I watched the opening I saw how much depth, creativity and soulfulness it had. I have a daughter, and it was many years ago when I was in the delivery room. It was much quicker! But each parent has an incredibly different and unique experience with birth, and it’s beautiful.

Martha’s husband Sean could be regarded as the “bad guy” of the film. Did you want to give him any sympathy?

There are a few scenes where Sean has moments of great grief, and I wrote some music that scored him. But to me the central character that I worked with was Martha. She’s a woman who’s just trying to live with her loss. She’s experienced a tragedy and is trying to adjust to going forward in a way where  she can live and breathe.

Was there ever the temptation to get dramatic with Martha, especially as she’s such an inward character?

I didn’t want to overdo the drama, but to express those inner emotions, so the music is used sparingly in the film. I think the spotting is really beautiful in that way.

What was it like to finally have the music give Martha a sense of that possibility, first with a solo piano piece, and then finally going to a lush orchestra?

I think the scene that has the release is where she’s in the café with her sister and her mother before Martha goes to the completed bridge. I wrote a new piece for that scene which was different than anything else in the film. It was played on piano, but I also recorded some improvisations on that theme then used it in that scene. I think that brightened it and created a sense of freedom and resolution for Martha. The end scene in the apple tree was orchestrated for the strings and French horns. It’s a theme that’s first used in a scene on a bus where Martha sees young children playing and longs for her lost daughter. So I’m carrying through thematic ideas that I set up early on in the film. “Pieces of a Woman” is a deeply personal story and I wanted to bring a little light to the darkness where I could.

How difficult was it to get “Pieces of a Woman” scored during the pandemic?

I’ve done a lot of projects remotely since “Fellowship of the Ring,” and have developed a lot of techniques for recording all over the world. So It’s not unusual for me to score a film this way. The two associates I’ve worked with for many years are my music editor James Sizemore and my music co-producer Alan Frey. So we’re really able to function well in our sessions when it comes to doing things remotely. Ludwig Wicki was the conductor of “Pieces of a Woman,” which was recorded at Teldex studios in Berlin. I’ve known Ludwig for many years, so I was able to work with him very carefully and the orchestra.

A bunch of your earlier work has come out this year, form the premiere CD release of your score for “Sliver” to a new 4K editions of the “Lord of the Rings” and “Hobbit” movies to a Criterion special edition of David Cronenberg’s “Crash.”

“Sliver” got a beautiful CD production that I think came out very well. I’m delighted to see the “Lord of the Rings” movies come out in a way that I’ve heard looks and sounds beautiful. As for “Crash,” that happened to be the last live concert I did in 2020 with the Rotterdam Philharmonic. Now we’re planning a concert in Paris in April with Radio France Philharmonic Orchestra. “Crash” will be included in the three different concerts they’ll be doing over a weekend of my music. They include my concertos, a mass, pieces from “Lord of the Rings.” I’ll also have a guitar concerto that I wrote for Miloš called “The Forest” out on Decca in the Spring

Tell us about your new film “Funny Boy.”

It’s a film by Deepa Mehta, who’s a fantastic director. It’s a story set in the Sri Lankan city of Colombo in the 70’s, when there was a war between the Sinhalese and the Tamil people. It’s a story about two young boys and their relationship. It’s a beautifully shot film, and the score was recorded in private studios in Mumbai, London, New York and a small town in Switzerland.

What do you think the future holds for film scoring and live performance?

Oh, it will continue. I love working with live instruments, and it’s never really going to go away. We’ve just got to get vaccinated and get back to some sort of normal life.

Any final thoughts about Pieces of a Woman?

It’s a beautiful film and made by a great filmmaker. The performances in it are incredible. I urge people to watch it. It’s an emotional but truthful and honestly heartfelt movie.