As an invigorating wave of “modern classical” scores like “Indignation,” “Moonlight” and “Arrival” now take film music in uniquely interesting directions, the utterly bizarre and hypnotic originality of 2013’s “Under the Skin” was the equivalent of an alien landing in arthouse land to broadcast its musical language. Weirdly pitched strings, sound masses and unearthly metallic samples created the equivalent of a seductive hive mind, its heartbeat eerily slithering with just enough melody to keep the listener from Kafka-esque madness.

“Under the Skin’s” sonic shock of the new was created by the kind of avant-garde composer who could only come from nowhere. However, the earthly, pleasantly unpretentious English-accented form of Mica Levi is most definitely known to indie music fans under her stage name of “Micachu.” With her group evolved from Micachu & The Shapes to Good Sad Happy Band, Levi’s boundary-pushing tastes were insured by growing up with similarly eclectic musician parents. DJ’ing, commissioning classical symphonic pieces and playing alt. festivals the world over in the service of such albums as “Never” and “Jewellery,” Levi honed the kind of unconventional voice perfect for breakout first score efforts, especially given such well-fittingly esoteric subject matter like “Skin.”

That chilling, gut-wrenching spirit pervades Mica Levi’s next score for “Jackie” in feeling, though without quite as much musical confrontation given that she’s scoring a First Lady, as opposed to an E.T. succubus. Yet don’t expect harmony as beautifully fitted as the costumes Jackie Kennedy used to put the nation under the spell of Camelot. Instead, the somber direction of Pablo Larrain (“Nasty Baby”) and the devastating performance by Natalie Portman assist Levi in creating a gut-punch of a soundtrack. Following the shell-shocked Jackie through her husband’s assassination, LBJ’s inauguration and her planning a potentially dangerous public funeral for JFK, Levi’s music resounds with melancholy. Told in an elegiac, neo-classical style, “Jackie” is full of strong, yet melodically hesitant themes, strings never quite coming together to make a grand statement. Dark military percussion conveys the continued threat of assassination, weirdly descending strings a White House world breaking apart, while somber piano confronts children asking where their father is. It’s shell-shocked, neo-chamber music that’s full of dark heartbreak, yet powerfully conveys a woman who’s far less fragile than her public image as she rises from unimaginable grief to self-determination and worth. 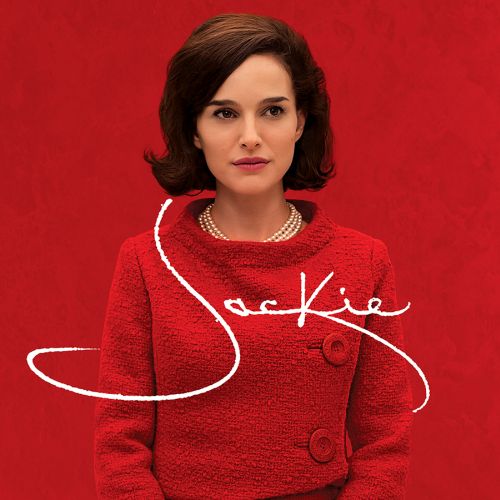 Once again getting inside a character who’s unconventional in spite of their beautiful appearance, “Jackie” is striking proof once again that there’s likely no composer on earth like Mica Levi.

What was it like growing up with musicians for parents, particularly given their passion for record collecting?

There was lots of music, particularly devout classical music, as well as jazz, funk and prog-rock records. My dad also played a lot of music that was banned by The Third Reich and really obscure, far-out compositions from that time. As for me, I didn’t like all of the pop music that was about when I was young. I preferred The Beatles and Michael Jackson, which was a bit older.

Audiences, and critics had truly never heard a score like “Under the Skin.” Were you surprised by the enthusiastic reaction it got, especially considering how experimental the score was?

Ummm… yeah! I think I was surprised. It was a totally new, life-changing thing. But I knew when I was on the film that something good was going to come out of it. I felt that we had a bit of a guarantee, because we’d worked on it day and night for ten months. And they’d been working on it before I came in even longer than that. So I thought, “there’s got to be something good about this!” 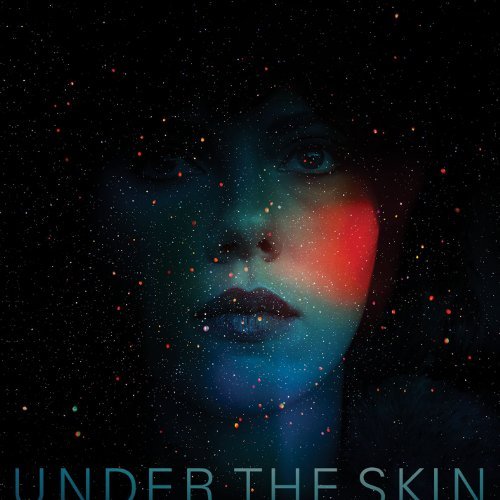 People at first might ask what the composer of “Under the Skin” is doing scoring a movie about Jackie Kennedy. But then, you realize that “Jackie” is far from a typical biopic. Did that strike you when they asked you to score it?

It didn’t, because I guess I’ve always thought of Jackie Kennedy, as having these fucked up moments, so I thought a film about her could be quite dark. I also think that Jackie Kennedy and JFK had a situation that wasn’t entirely ordinary anyway.

There might not seem to be any connections between “Under the Skin” and “Jackie.” But when you think about it, they both deal with a woman who’s an enigma to the public around her. They’re completely mysterious subjects.

I think for me there was a moment when I thought, “Oh yes. It’s another movie about another woman with brown hair!” But other than that, the musical process of these two films felt very different.

Right from the start, “Jackie’s” score disorients you with this plunging musical effect. How did you achieve that?

It’s actually a really easy “effect” that I’ve always been drawn to for two reasons. One is that it used to be a really romantic thing to do, a rich, lush, indulgent musical move to sweep you away somewhere. It’s really easy to achieve with a guitar that has frets, which separates all of the pitches. Within the traditional orchestral string family in the orchestra, there aren’t any frets, so you just have a continuous glissando that hits all of the frequencies in between each note, so it’s very natural if you ever pick up a violin, cello or a base that you just keep your finger on it and slide it up. It’s a characteristic string sound that’s a player’s instinctual first move on the instrument. It’s almost like a grotesque dance move that seems “elastic,” if that makes sense. There was a period of time when people played classical music in that way, with a lot of stylistic “slides,” which felt like the era of “Jackie.” It’s kind of a warped thing that happens if you slow something down – like equipment before it becomes a drawn-out, viscous sound. I’ve always been interested in distorting music in that way with speed, as opposed to loudness.

Usually, themes have a “straight,” flowing line in scores, but here everything is hesitant, almost in pieces, much like Jackie, who’s in shock through a great deal of the film.

What happened was that I wrote a lot of the music before I saw the film. I sent it to Pablo, saying this is kind of what I’ve come up with so far as I thought about what Jackie might like, what her musical tastes might be from my point of view in this period of time. And a lot of that ended up in the film. So scoring “Jackie” wasn’t quite as to picture as what films usually are. But I tried to link the music key-wise as much as possible so that it was all subconsciously connected somehow. I didn’t always manage to do that, because sometimes when I transposed things, Pablo said, “That sounds different. I liked it before!” And I was like, “Ok. Fine. I’ll put it back!”

You really capture the gut punch of a person going through an awful event. Did you draw on any personal, nightmarish experiences to create that musical sensation?

I think I have felt like that. I’ve always wondered about people who really suffer. I don’t suffer like some of the people in this world do. Far from it. But I wonder if humans’ capacities are different. So if someone is in a very life-threatening, desperate situation somewhere, do they have a wider thermometer than someone who is in a not-very desperate situation? Can they still inflict the same amount of highs and lows?

You also manage to capture a “classical” sound akin to the composer Arvo Part in “Jackie.”

I think Jackie listened to a lot of classical music. While I wouldn’t cite Arvo Part as a specific influence on my score, “Jackie” draws from the older Baroque stuff that surely influenced him.

Because the film is so dark, I imagine that your music couldn’t be depressing all of the time, especially when there’s a witty pizzicato theme between Jackie and her press handler Nancy.

Yeah, for sure. I thought the music needed to lift the film up a little bit more, so I sent a lot of lighter stuff to Pablo actually, but it didn’t end up on the soundtrack. But then you don’t want to be contrived and write something that ends up being freaky, which is very easy to do, especially when it’s accompanying older looking footage. The more chirpy the music is underneath it, the more psychotic and terrifying it ends up sounding!

There’s also a powerful march theme that taps into the unspoken “conspiracy” aspect of JFK’s assassination.

It’s military, almost like gunshots. Jackie’s whole situation is very official. She’s almost never, ever alone in the film. There are always two guys standing around to chaperone her, and she’s “kicked out” very quickly at Lyndon B. Johnson is sworn in on the airplane in Dallas. Suddenly some guy has taken her husband’s job. So it’s all very much like “Next!” So that regimented thing felt like a no-brainer to me. Someone just gave me the CD of John Williams’ score to “JFK.” I’ve never seen that film, or heard its score. But someone told me he used snare in it, so apparently I wasn’t wrong in that approach!

When people hire you, do you think they realize they’re going to get something really out of the ordinary?

Yeah. I guess they presumably want the sound of something I’ve done of a film before. But if they asked me to repeat a score, then I’d probably find that hard to do. Not on principle, but it’d be hard to do intentionally. So they shouldn’t ask that of me. They should trick me into doing it! But funnily enough, I never think any music is “weird.” Sometimes it just works! But that’s just me. I went on this film music-judging thing once, which I have very minimum experience with. I didn’t want to do it, but felt like I should take the opportunity. I got there, and sure enough, I couldn’t do it! That’s because I think you’ve got to respect anyone writing music and their point of view. It wasn’t my place to judge them, because I don’t have a very firm hold on what’s good, bad, weird or normal. I felt like I wasn’t very good at that role. I was clueless in that. 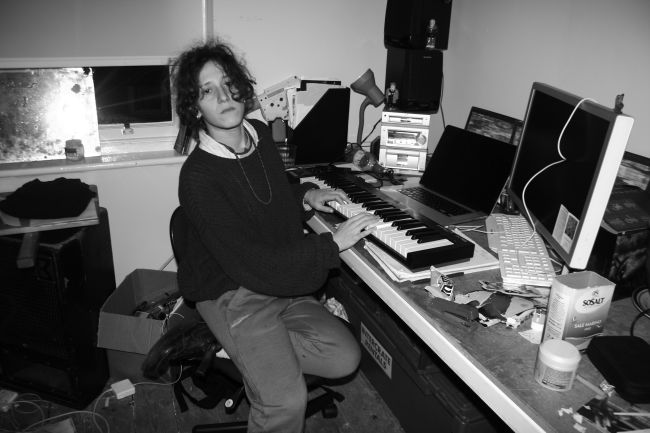 It strikes me that there’s a whole new wave of modern classical composers who are now changing the face of film music to create something very intellectual and demanding in a medium that’s about serving up mostly “understandable” music.

I think there’ve been trends and styles of films, which means that it’s easier for people to process them. I’m not a “film composer” in that sense though, as I’ve just written pieces of music. But there’s clout in trying to write fully formed music to picture, because then it’s generally better. There’s a real skill to that. And then there’s a whole phase now of people putting pre-existing songs into movie soundtracks, which changes up the game a lot

You have an utterly unique voice as a composer that accompanies absolutely original films. But do you think you could score a Will Ferrell movie to picture?

Cool! I’d certainly be up for trying. I would love to do a comedy.

Go “Under the Skin” with Mica Levi’s alien score HERE