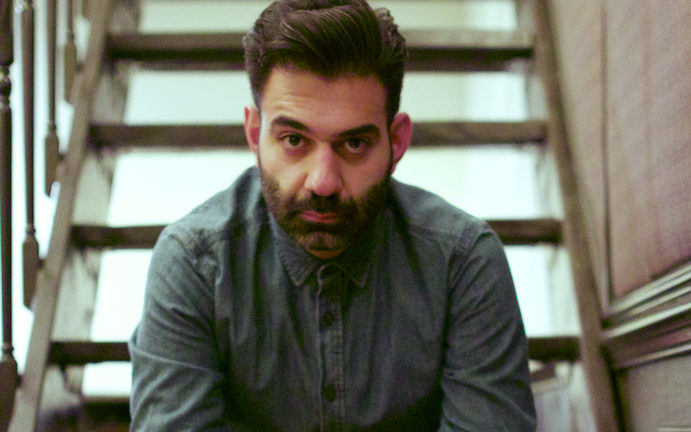 From a haggard Bob Odenkirk taking out a platoon of Russian goons in “Nobody” to Dame Helen Mirren wielding a machine gun in “Red” or plowing a car through England in the “Fast and the Furious” franchise, action films particularly delight in taking retirement-nearing actors unfamiliar for their lethal hand to hand skills, or ways with armaments, to suddenly reveal a special set of skills. Now Allison Janey, an actress best known for her erudite talents in an impressive array of comedies and hard-hitting dramas like “Hairspray,” “The Help” and “The West Wing,” joins the violent golden oldie club with a fierce bang as “Lou.” She’s a Northern Pacific island recluse who’s one big get off my lawn type when it comes to her single mom and adorable tyke tenants (Jurnee Smollett and an adorable Ridley Asha Bateman). But when the woman’s psycho ex (Logan Marshall-Green) shows up to spirit his daughter away, Lou’s spook background is revealed, along with a host of very serious mommy issues as she doggedly pursues the kidnapper through the great outdoors, taking down whichever human or environmental perils come her way – all the while becoming just slightly more likable in the process.

Powerfully getting inside Lou’s head to show a tangled web of betrayal as he provides an eerily tonal score for the movie’s literally washed-out look is Iranian-born composer Nimah Fakhrara – an ironically apropos choice given “Lou’s” setting during the Iran-contra crisis. Fakhrara’s certainly no stranger in action land with the apocalyptic urban score of “Bushwick,” sending a woman running for her life through the woods from a serial killer in “Alone” and accompanying miners trying to outclimb “The Devil Below.” Fakhrara ingeniously created a twisted child-like toy soundscape for the ultimate Hitgirl called “Becky.” Even in the territory of sci-fi with “The Signal” or the videogame “Detroit Become Human,” Fakhrara’s shown his haunting ability to dig into characters’ psychologies as their world comes tumbling apart with seemingly insane revelations – often with a surreal tinges of Middle East instrumentation meeting west.

It’s these particular musical skills that come into play for “Lou,” as Fakhara meets the relentless approach of “Outlander” and “Westworld” director Anna Foerster with one-two punches of anguished childhood betrayal, gravely wounded emotion and immersive, rustically tonal suspense that keep the soaking chase going, all as his score convincingly turns Janney into an actress who’d give Liam Neeson action pause.

You’ve also scored a share of movies where characters are put into impossible odds like “Alone,” The Devil Below” and “Survive the Night.” Do you enjoying playing in that kind of relentless arena?

Those relentless arenas allow for extreme emotions from the characters and that translates to musical excitement. It allows me, or even requires me, to become extreme with my sounds. And since each character experiences their situation differently it’s enjoyable to try and understand all the facets or nuances of the character’s emotions and respond to them musically

Tell us about working with director Anna Foerster.

The best part of “Lou!” Anna is an incredible leader and one of the most creative human beings I’ve met. I was able to communicate with her on a deeper level than most director-composer relationships that I’ve experienced. We spoke of emotions, we discussed the backgrounds of each character in detail and very quickly came up with our own short-hand. Anna didn’t need (or want) to ask for more or less of a specific instrument. She would listen to a cue and say, “It needs more ‘Lou’” and I knew what she meant.

The last female character you accompanied was the vengeful Jack-of-all- weapons “Becky.” What’s the trick to capturing these female characters whom you think might be vulnerable, but end up being as hard as nails?

It’s a privilege to put musicality to these amazing female characters. Honestly, the “trick” is just to be musically vulnerable and musically tough as nails right beside them. If each character has a voice, colors, arc, and ups and downs then each requires a unique sonic treatment. As a composer I have to possess a large musical vocabulary and be open and willing to explore the full range of these characters. In a certain sense, the music is there, buried in the character and I have to find it.

A big attraction to watching “Lou” is seeing Allison Janey, just about the last actress we’d imagine in this kind of role, kick major ass. As a viewer, what were your perceptions of her, and how did you want to make her special set of skills here musically believable?

It’s Allison’s incredible range that makes Lou believable. Just like Lou, she is skillful enough to adapt and excel across a broad range of moments In the movie. As a composer I then had to use many skills as well to musically match Allison/Lou. The film goes many places, both with its instrument colors as well as its emotional colors.

You’ve often used voice in your scores. What gave you that idea to have them in “Lou?”

For me the voice is one of the most powerful instruments available as a color for composing. The voice contains multiple symphony orchestras and then some. Both of these projects required a specific technique and approach to its vocal use. With “Becky” the voices carry a large portion of her rage and her rookie, non-traditional superhero energy. With Lou the vocals carry a more subtle but very heavy weight that Lou has been burdened with for a long time. It’s all the voices she’s had to interact with in a special way.

How did you want to create the idea of childhood and lost innocence that’s a big story theme here?

It comes through with one of the most relatable sonic palettes from our childhoods: high, twinkling bells, simple melodies, and beautiful harmonic textures. There are angelic voices as well as synthesized and altered instruments that are fractionally broken just like that character.

Another idea that carries over from “Becky” here is the idea of child’s bell percussion, here with a quick glimpse of the toy merry go round. Did that immediately strike you as an obvious idea to play, and how did you go about capturing it?

For Lou the merry-go-round was a very specific storyline. Once we figured out what the melody and the vibe of that melody should sound like, I used an old music box creator with rolled paper and recorded the sound for the merry-go-round.

Right from the opening titles, there’s a “downward” motif that you use. How did you achieve that?

The downward sound was a motif I played around with from the very start of the project. That actual sound is a collection of different synthesizers going through a ribbon that is able to bend each sound accordingly.

How did you want to give the score a sense of momentum?

The momentum of this movie comes from the staccato of the voices, the small ensemble of a non-traditional low string group, and lots of hammered instruments. I took my hammer dulcimer sticks and used them to create percussive movement within the score.

Talk about musically capturing the island’s forest surroundings, and the dangers it holds?

That was actually a pretty involved process, since most of the film is filled with rain. I had an amazing sound team and worked closely with them to ensure the colors I was working with would not work against their process. There was a lot of collaboration in that world.

How important was it to emotionally open up Lou’s character, or was it ever the intent of the music to make her more likeable?

This again, speaks to Janney’s range. I think Lou, though pretty reserved, as a character, actually is quite likable. So musically it was not a necessity to over-commentate or exaggerate it

“Lou” has a deliberately gloomy look that befits some very screwed up parenting. How did you want the music to capture everyone’s respective guilt?

I use very unique recording methods as well as composition. I recorded everything on cassette and I recorded a non-traditional low string grouping, and a separate slightly more conventional ensemble with only viola and celli. The music is on the verge of being broken and toes the line of the gloomy as well as the uncomfortable.

Given that Logan Marshall Green’s character isn’t a typical child-napping villain as such, how did you want to play his own conflict and madness?

It’s more of the madness in his mind that I scored. The journey that his character had to take is an impressive task which carries an immensely heavy burden.

“Lou” takes a hybrid approach to its suspense. Given that’s a popular approach for the action-suspense genre, how did you want to make your approach stand out? And what were the particular instruments that went into it?

I strive to find interesting colors for projects. For specific moments of “Lou,” I utilized a trio of vocalists and the aforementioned special low strings and larger ensemble of viola and celli. There is a lot of a tonality throughout the score.

As you’re from Iran, how did this 80’s-set film’s backdrop of the Iran-Contra scandal strike you?

The time period is not a significant part of the music itself, though I did utilize its recording techniques like smaller ensembles and recording on cassette. A secret weapon is the insanely talented engineer/mixer Matt Dyson. He works on both records as well as films and engineered and helped mix the project. I wanted this to sound like it was recorded during the time period that it is set in, but with certain modern characteristics. I suppose I did do a little singing in the tradition of Iranian classical music. Also, as is often a part of my aesthetic, I used a lot of instruments from Iran in a western context.

I imagine that Lou was composed during the pandemic. Do you think any psychological effect of what you were going through came out in the score?

Actually, “Lou” was a very short project for me….. 2 1/2 months of scoring with a very tight deadline including working with the picture editor while the cut was still being tweaked. I scored the whole project from my farmhouse in Connecticut during the same gloomy, wintry and rainy weather of “Lou.”

I’ve heard that “Becky” will have a sequel. What can you tell us about it?

It’s as wild as the first one, and I’m having a lot of fun scoring it! I wrote a soprano and bass operatic section that’s pretty crazy.

What’s up ahead for you otherwise?

I am staying busy with working on three films and two video games. Some with usual collaborators as well as some with new, dream collaborators.

Should these characters continue on another adventure, where would you like to see them and your music go?

When these characters pack up their bags and are ready to go, I’m ready to go too! I think there are more adventures for the characters of “Lou” and I am excited to take the journey with them.