Of all the television knock-offs that James Bond inspired during the height of the 007 craze in the 1960’s, “Mission: Impossible” was the spy show that ingrained itself in the public consciousness like no other. Creator Bruce Geller took the Bond franchise’s ever-increasing love of futuristic gadgets to the next techno-fetish level, with the unusual caveat of having its agents rely far more on their brainpower than seductive fisticuffs to take down the villains. And no small amount of “Impossible”’s iconic staying power through multiple TV revamps was due to the Lalo Schifrin theme, a white-hot jazz countdown that varied between flute cunning to brassy explosiveness, making for a “Mission” that no one would turn down, especially the big screen.

But beyond embodying its never-extinguishing fuse, Schifrin’s music also stood for the Impossible Mission Force itself, a band of spy brothers whose mad espionage skills were all about the slow burn of setting up the bad guy for a well-deserved con. Schifrin’s suspenseful, hep melody set the tone for the scores’ playfully combo of orchestral and nightclub suspense, a vibe that took John Barry’s Bond approach in an even jazzier direction, with just a touch of Shagadelia thrown into the mix. When “Mission” hit theaters in 1996, the musical focus darkened with Danny Elfman’s suspensefully quirky rhythms, then took Hans Zimmer’s flamenco-accented wall of sound. Even Michael Giacchino would provide the IMF with a relatively hard-assed orchestral approach the third time out, brought into the MI franchise by his Alias” TV spy partner J.J. Abrams for his feature directorial debut. 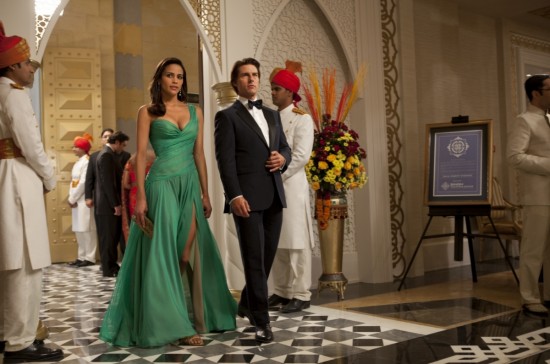 With “Ghost Protocol,” Giacchino stands as the first “Impossible” composer to make it more than a one-fer assignment. Better yet, he gets to considerably lighten up the series’ tone after the pretentious action posturing of the last two films, both of which didn’t begin to equal Brian De Palma’s slyly seditiousness at re-jiggering the formula that got the franchise off to a controversial bang. Yet this is also probably the most action-loaded and gadget-filled “Impossible” of the bunch, with the least amount of deductive reasoning applied. But what makes it all work, especially in Giacchino’s favor, is that Brad Bird is at the helm. A director whose previous animated work was filled with as much exhilarating flash as it was emotionally propelled character development.

Bird truly broke Giacchino through in Hollywood with Pixar’s “The Incredibles” and “Ratatouille.” Beyond effortlessly emulating John Barry and Henry Mancini with those scores, Giacchino infused those composers’ lush spy action and ethnic whimsy with a positively up-to-date melodic vibrancy. Now that Bird’s taken on live action with equal assuredness, Giacchino gets to use both aforementioned styles in spades- while also applying the movie score geek cred that’s made such scores as “Super 8” and “Star Trek” particular joys. “Protocol” brims over with that same enthusiasm, turning the IMF into big kids with ersatz superhero skills and awesome toys. And Giacchino breathlessly communicates just how much they love playing a spy game that could get them killed at any second.

Just as Tom Cruise hangs by a thread a couple of miles above Dubai, Giacchino’s “Protocol” expertly walks a tightrope between retro kitsch, comic book wackiness and real danger, all with star magnetism to spare. No ridiculous love interests for the music to fume about here, just saving the world with seconds to spare. But even given a music budget and instrumental ensemble that Lalo Schifrin could only have dreamt of, this “Mission” recalls the original shows’ eye-winking, funky-serious approach like no other big screen score in the series before it. Of course, that begins with variations of Schifrin’s inimitable main theme that seem to play in nearly every cue. Right from “Protocol”’s “coming this episode” opening titles for “Light the Fuse,” Brad Bird wants his Imax audience to know they’re back at home watching the most souped-up hour ever, and Giacchino has a blast reminding us of that intent in a way that would undoubtedly make the composer he so obviously loves smile. With fanboy ingenuity, Giacchino seems to employ the theme in every cue, tuning the title for bongos, guitar and a raging orchestra- even morphing it into a Sitar-topped Indian raga at his most ingenious variation in “Mood India.”

Whether it’s comically alternating between the Indian seduction and symphonic near-skewering of “Mumbai’s the Word,” or the “Hunt for Red October”-worthy Russian chorus of “Kremlin with Anticipation” (you’ve got to love these cue titles), Giacchino digs the musical travelogue opportunities as much as he does re-mixing Schifrin. The orchestra blasts out shades of “Lawrence” when entering Arabia for “A Man, A Plan, A Code, Dubai,” the music dynamically panning about its high point in full symphonic glory. 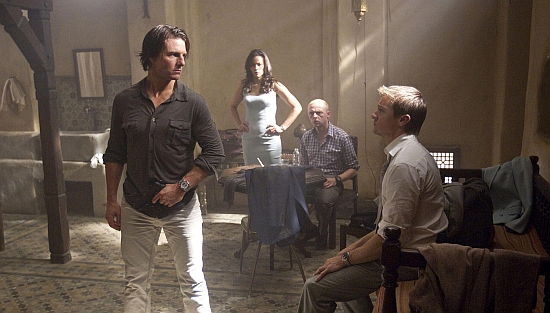 Of course Giacchino has his own themes to spare, not to mention his own musically distinctive voice. While there’s a nice five-minute spot of tenderness in “Putting the Miss in Mission,” much of “Ghost Protocol” being about relentlessly moving the action forward, Giacchino accomplishes the musical task in an effortlessly propulsive way. He’s someone who knows the distinction between gliding with, and mirroring the action’s peaks and valleys without feeling the need to give his listener a loud, helter-skelter shove through it, from the tension of “Mission Impersonatable” to the rhythmically surging electric guitar and brassily orchestra car chase through a sandstorm in “Out for a Run.”

Yet as perilous as the going gets, Giacchino is always sure to give the music some sense of brightness. At times, the going feels like something Giacchino might do for Bird at Pixar, albeit with a bit more violence and cleavage. That’s no more apparent then when “Ghost Protocol” goes into full-on “Incredibles” mode, be it with the 60’s-worthy percussion of “Love the Glove” or climaxing in John Barry dash-to-destroy the missile mode for “World’s Worst Parking Valet.” 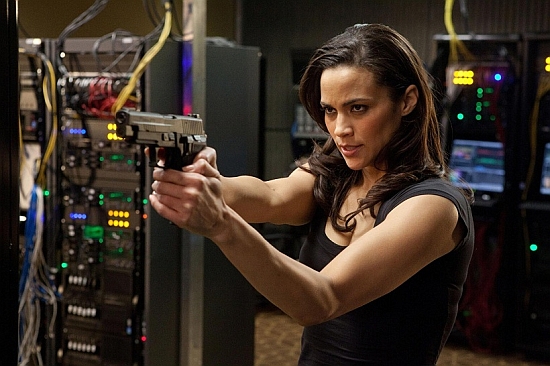 Yet even if the orchestration and percussion could threaten to get dated, Giacchino pulls of the similar “Incredibles” hat trick of bringing in modern, rock /pop-based percussion to make the score seem more like sampled nostalgia than anything that might strike the young multiplex crowds as something their grandparents may have listened to- back in the day when those old fogies’ idea of a good time was gathering around their CBS-tuned TV to watch James Phelps and team pull off their weekly mask-and-gadget shell game on the enemies of the free world. Just because he’s been given a gigantic screen to fill, As always, Giacchino never forgets that musically nostalgic sense of fun when given this kind of retro mission. And it’s the hip, uncondescending quality of how he, and Bird pay tribute to that rerun love that makes “Ghost Protocol” a thoroughly entertaining breath of spy-sizzling air. 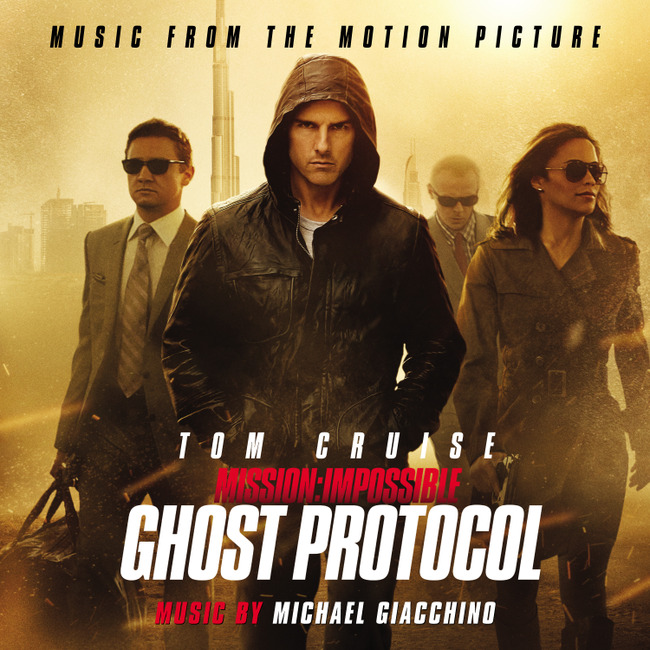