Symphobia: The Essential Toolkit for Composers 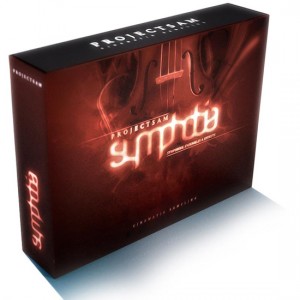 Maarten Spruijt, Vincent Beijer and Marco Deegenaars, the troika that founded the sample library company Project SAM, located in the Netherlands, are three stubborn young men. Or are they just decisive with a clear mission statement that they’re sticking with to direct their product development?

In discussing Symphobia, the newest orchestral sample library in a Kontakt 2 player format to hit the market before Christmas 2008, Vincent Beijer, speaking with the clarity of a Jack Welch (GE’s former president) wrote, “Symphobia is not just about articulations. Half of the lib consists of symphonic effects. Symphobia has been created to provide material that wasn’t available before. With Symphobia, it was not our aim to let, ‘everybody have their own orchestra.’ We don’t aim for the masses.”

After spending two hours with Symphobia, Project SAM has hit their goal.

With this 18GB library, roughly 9GB are the special orchestral effects for strings, brass and woodwinds that you hear in the movies all the time.

Problem for composers who create orchestral scores with sample libraries (which is like 99% of us these days): you don’t have these sounds available in any of the large commercial libraries. That’s because the larger libraries, as described by Vincent, are first focused on creating the most common articulations (performance techniques) used in orchestral scoring. This is the foundational vocabulary.

But for the composer who needs to have those effects that raise the hair on the back of your neck, they just weren’t available. And trying to recreate them with the basic vocabulary was nearly impossible.

This is where Symphobia fits in. If, as a composer, you wished for your score that you had that “sound” (whatever you call it) that John Williams used in E.T., you got it. And you have them for each orchestral section. The difficult thing about reviewing the effects is that they’re unnamed. That may be the most time consuming task of Symphobia. But having co-produced an orchestral library for E-MU, I can cite by experience that trying to come up with an immediately understandable name for each effect, given character limitations within the programs, would have been very demanding, and probably not all that useful.

This means that if you’re married, and if you’re not listening on headphones, then you may have your spouse ask, “are you playing or working on a score?” If the sentiment behind the question is that you need to take out the trash, look as serious as possible. Force yourself not to smile – until they walk away.

For the working composer, Symphobia gives you the competitive edge over the other guy who’s decided that because economic times are tough, now’s not the time to buy it, ya know.

Because Symphobia is a specialty problem/solution library, it is pricey. For the working composer who wants their writing to be a few rungs on the ladder above the other guys, this could be the right investment for your career.

What is great about Symphobia is that it blends well with other libraries. That is a godsend. On three different tracks I had three different string libraries (QLSO and String Essentials 2). There was no question about the blendability of Symphobia. It blends.

As stated, half of the library are orchestral effects. That alone, depending on what you’re writing, is worth the admission price. But the other half of the library, the ensembles, are equally useful, and also fill in troublesome orchestrating gaps that are difficult to work out with other libraries.

Part II of Symphobia are special recordings of the three orchestral sections mapped across the MIDI keyboard by individual section (strings, brass, woodwinds) and selected combinations. The manual gives you the mapping of each recorded articulation. So even if you don’t read music well, or at all, you can take full advantage of all the ensembles.

Part III are special recordings of the sections in vertical block harmony. My first tryout was with the strings because trying to set up block string harmony within a single library without getting the buzzy sound is very difficult. This is why two libraries are needed for those doing serious work. Because the ensemble has been recorded playing the harmony, there’s no buzz or edge. Using the manual, you’ll see that the keyboard is mapped so that one section is minor chords and another is major chords. Using either the flute within Symphobia (for example) or from any other library, you can set up a pad in the strings, pizzicato accents in the lower strings, then write the flute solo in the high register. This is so common in film writing! Once you know your away around Symphobia, you can set this up and record it very quickly.

I do have one critique here which is that you don’t how the chords are voiced. It would be great to have a PDF of the chord voicings in two-stave reduced score format.

Part IV are octave combinations and the recording of selected intervals in the strings, like open 4ths. A common octave doubling is Basses – Cellos. The difficulty in many libraries is getting both sections to balance properly. Not a problem in Symphobia since it’s already recorded in balance.

Here’s the PDF that lists the articulations. But note, this is just a start. This is only a partial list.

There’s over 120 beautifully performed ethnic flute phrases are included, covering duduk, shakuhachi and Native American flute. Some phrases are atonal or effect-like, others are performed in a specific key.

Finally, there’s the Multis section which is a selection of inspiring, stylized program combinations, layering ensembles, effects and articulations together, creating ready-to-go combos for different musical genres. How each Multi is named gives the clue about its possible use. For example: “Acid For Blood”, “Chainsaw Attack”, “Cat ‘n Mouse” and “City Noir” to list a few.

I do have one other disappointment. While I understand that Symphobia is the next library a composer will need, and while I understand that Project SAM wasn’t trying to create “another” orchestral library, I’m sad that Symphobia doesn’t include some of the orchestral sections, at least the strings, as independent sections. In testing Symphobia with QLSO and SE2, it just has a phenomenal sound on its own that really works with these other libraries. In the violins, if we could just have that bottom G!

I should also point out something to those who haven’t had a lot of experience with orchestral doublings. When a program with Violins + Violas in unison is used in Symphobia, you hear both a color change and a thickened line. Go to a live orchestra concert and you’ll hear the impact of the effect in the live performance. When you try the same doublings with other libraries, it doesn’t have quite the same result and impact.

What you’re hearing in Symphobia‘s doublings is what someone’s next library should focus on – recording those combinations that are just a bear to duplicate with sample libraries.

Symphobia has the taste of it. But now I want the full Steak and Lobster dinner to go with it.

Nonetheless, Symphobia is a great breakthrough and one that should be enormously helpful to composers for quite a while.