The Woman in Black

When horror connoisseurs think back on the classic legacy of Hammer films, they’ll usually envision creatures prowling amidst haunted, Gothic abodes on dark and stormy nights. The musical equivalent to these memorable images was equally as atmospheric, as such Hammer “house” composers as James Bernard (“Horror of Dracula”), Benjamin Frankel (“Curse of the Werewolf”) and Harry Robinson (“Twins of Evil”) applied melodically fearsome orchestral strains to the studio’s old-school terrors. However, it’s not like Hammer didn’t thrust their monsters into the modern age with equally contemporary scores, a creative attitude that’s typified the studio’s recent rebirth through such pictures as “Let Me In” and “Wake Wood,” their unholy killer children given chilling life by Michael Giacchino and Michael Convertino. 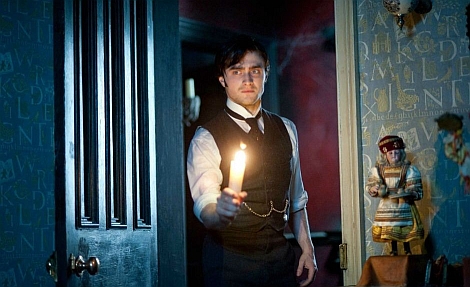 But if it’s a true Hammer horror throwback you’re looking for in their new reincarnation, then “The Woman in Black” revives the studio’s spirit with an Edwardian-era vengeance, its iconic gallery of muddy graveyards, cobwebbed mansions, and a well-dressed hero in distress given chilling vibrancy by one of the genre’s busiest composers. First bursting onto the scene with the likes of “Scream,” “Mimic” and “The Faculty,” the Goldsmith-trained Marco Beltrami showed he learned more than a few tricks from the maestro behind “The Omen” and “Alien,” namely a reliance on symphonic themes and melody. Sure Beltrami more than showed he could unleash the musical shock effects of a ghost-faced murderer’s knife stabs, or pour on the shrieking strings and electronic percussion of a vampiric throat ripping. But in films where so many composers mistake cacophony for fright, Marco Beltrami most importantly understood how to give scenes of victims-to-be real musical content, let alone interest. And for a picture that’s mostly constructed with haunted house scenes of poor Daniel Radcliff cautiously striding about, Beltrami’s ability to conjure a mesmerizing vibe of ill portent comes into auspicious play. 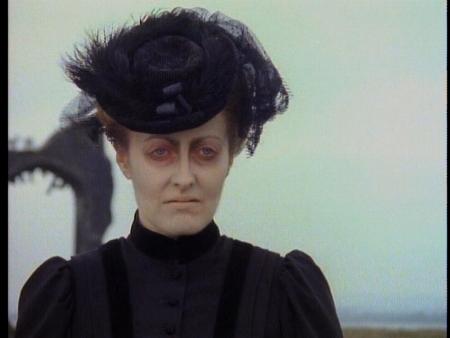 Like the equally exception film, and score to “Don’t Be Afraid of the Dark” (also a great bells-and-whistles remake of a television film), Beltrami’s “Woman” is possessed by a parent’s dread of an evil force hungering for their child’s innocent soul. Except here, it’s a woman’s wrathful spirit that’s coming to claim it, as opposed to teeth-devouring gremlins. But whatever the monster’s reason, “”Black” certainly offers a far more interesting musical playing ground for Beltrami than setting up the kill of a movie-obsessed maniac. With its young lawyer still reeling from his wife’s death at childbirth, “The Woman in Black” goes from the fate he finds awaiting a village’s young residents to that of the singular threat directed toward his son. Only the barrister’s unlocking of the spook’s motive will seemingly quench her desire for revenge, creating a musical mystery to be solved at all costs. It’s his increasingly frantic efforts that bring suspenseful pace to “The Woman in Black,” especially with a strong theme in tow. 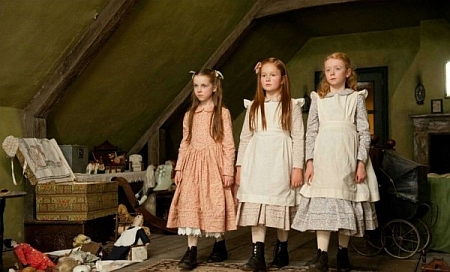 When it comes to musically embodying kids in peril, nothing raises the pulse, or captures a more superstitious time like the fractured fairy tale sound of bells, strings, children’s voices and a violin. All are present in their Gothic glory for Beltrami’s now unmistakable “horror” sound. But what makes his approach particularly distinctive here is having the score be as much about atmosphere as it is emotion. Like such other great ghost stories as “The Innocents” and “The Lady in White,” “The Woman in Black” lures us into its web of evil with a darkly pleasing, yearning melody, the kind of spell that begs our better selves for assistance, all the while sensing that the reward for our help will be bittersweet indeed. 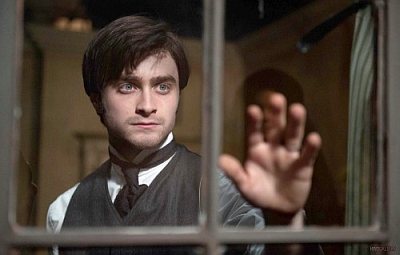 Without getting too depressing about it, this lushly melodic, mournful sense of fate gives real heart to “The Woman in Black” amidst the overwhelming creep factor. Sure Beltrami pours on no shortage of supernatural shock effects, from the samples of a self-powered rocking chair to wrathful percussion and ascending voices as a corpse is raised from the bog. Yet his score is the scarier because it’s in service to our very human spirit, capturing the kind of determination that makes a fragile mortal walk towards that creepy sound instead of running away from said shuttered room.

Though “Black”’s musical menace overwhelmingly builds with shocking discoveries, Beltrami never loses sight of the melancholy resonance he’s skillfully built, no more so than when playing the tenderness of hollow-eyed phantoms taken before their time, all still caught in the grip of a “Woman” who ultimately ends up being the score’s most tragic figure. In that way, “Black” is the stuff of doom-laden musical poetry, practiced with the kind of classic horror scoring panache fans expect from the Hammer brand. However, Marco Beltrami seems to have been possessed by James Bernard’s sprit, and talent, long before joining it.

Get the Woman’s MP3 album HERE, or have the patience of the dead and get the hardcopy HERE on March 27th 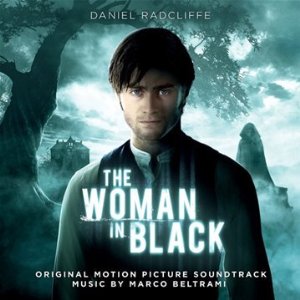